The Geek and the Guru: Steve Wozniak and Babar Ali 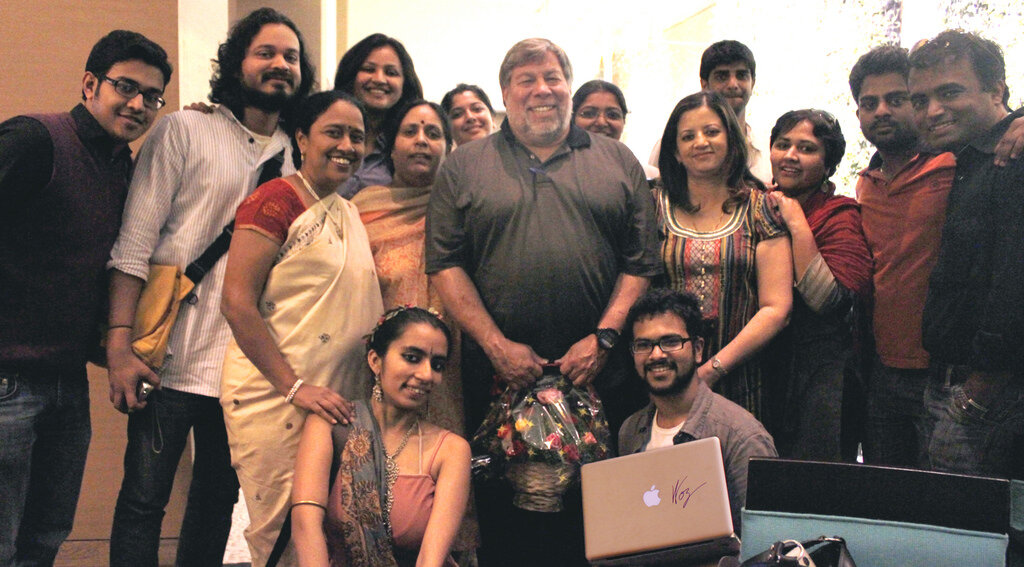 He loves numbers. Just by looking at numbers he knows what they are trying to tell him. Wizard of Woz, Super Geek Steve Wozniak knew for sure his room number 1644 at Bangalore’s ITC Royal Gardenia was a “good room” since “16 is a binary number and so is 4, so it’s a good room.”

He also loves to talk to his phone. Unlike us mere mortals he does not need it to talk to his friends, but says “the phone is closer and closer to being my friend.”

Everything about “the other Steve” of Apple Computers from his persona to his achievements is fascinating as the INK team found out on a busy Saturday afternoon.

The occasion was the Young Presidents Organization (YPO) meet in Bangalore, where Steve Wozniak was the star speaker. There was yet another speaker, though less flamboyant in attitude and size, who shined through his talk at the same meet.

The world’s youngest headmaster, a guru and teacher to his students, who started his own school in his village in West Bengal’s Murshidabad district when he was all of nine, Babar Ali, got a standing ovation for his talk. 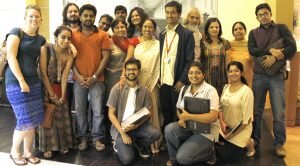 On stage with INK Curator & Host Lakshmi Pratury, Babar Ali gave a glimpse of his quiet life that is bringing about a big change not only in his village but those around it as well. With its vision of turning dreams into reality, INK is helping Babar to turn his makeshift school into one with a proper building.

Steve Wozniak and Babar Ali are as apart as probably the sun and the moon. Yet, if you think about it the core ingredient that defines the two is the same – passion to pursue their inner calling no matter what.

Surrounded by INK staff members and stray guests of the hotel, Steve held forth on all things he is passionate about: building faster computers, emotional intelligence, his Nixie tube watch, and his super ‘best friend’ phone. He even showed us how close their relationship is when he asked his phone to tell him the five largest lakes of the world! And guess what, like a true friend it listed out the names in order, unlike Google which would take you to links and leave you to figure out the correct answer.

Whenever he is surrounded by people eager to congratulate him, Babar tries to compensate with his broad smile. For it is just as well, because there is no set formula to success and achieving great heights, whether it is Steve Wozniak who can silence you with his incredible knowledge of numbers, or the quiet Babar Ali who believes numbers are the steps that will liberate his school kids from poverty.