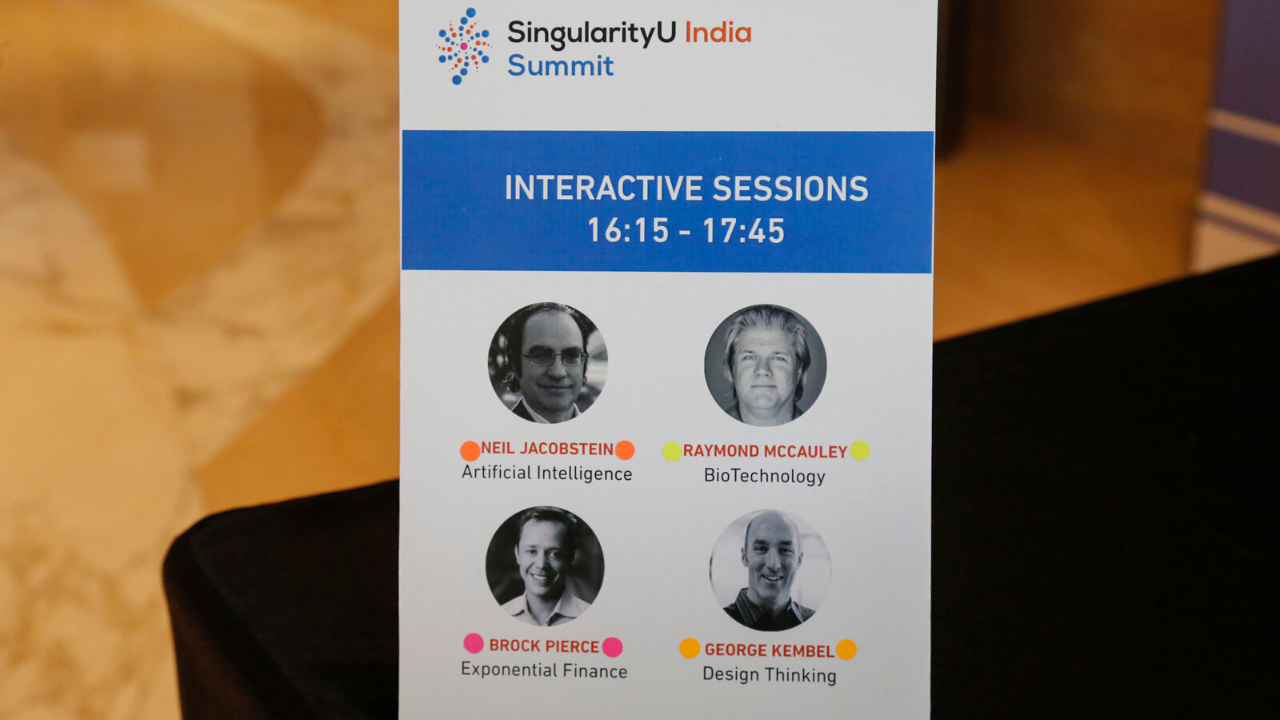 The final session of the SU India Summit was all about technology trends and the potential of IoT (Internet of Things) for our future!

Joe Paradiso of the Responsive Environments Group of MIT Media Lab walked us through various technologies to show how radically the world setup would change after introduction of IoT. Displaying a near live stream of various locations (one of which was the MIT Media Lab) with embedded sensors(including temperature/thermal, sound, visual etc.) scattered throughout the building, Joe described how everything was recorded except the faces of people. He described how all this was tracked through RFID technology.

Joe then showed an intricate but intriguing Iot system known as TidMarsh where sensors are embedded throughout grassland areas to map changes across climate patterns, seasons, weather etc. The Internet of Things can make a lot of things possible!

A high note of Joe’s talk was when he spoke about smart fabrics and gave an example of a stretchy keyboard, where the keyboard mechanism is embedded in a fabric, which can be then worn on the body as a scarf or coat. It can be played anytime, anywhere! Among the other quirky examples was an ambient light lab which adjusts to the mood of whoever is standing around it, a ‘living, breathing’ textile which increases athletic performance and so on.

What is behind the ‘Dark Web’?

Bill gave us a commentary on the power of unlocking the analytics behind the Dark Web. The Dark Web is the part of the World Wide Web that is only accessible by means of special software, allowing users and website operators to remain anonymous or untraceable.

Speaking about Dark Analytics in relation with concepts like ‘the sound of failure in an engine’, Bill relates an anecdote from his childhood where his father knew intuitively that his engine was malfunctioning because something was sounding wrong. Similar judgments can be made through analyzing audio, video and image processing through dark analytics.

Another thought-provoking concept he touched on was “technical debt”. How it means that there are small changes that have been pending since a while in the digital infrastructure and ends up choking the entire system when overlooked for long enough periods of time. It is the number one improvement area for organizations.

Bill finished his talk with listing the 6 core areas of focus in technology: Digital, Analytics, Cyber, Business of IT, Cloud, and Core, having themes including everything from service, dark analytics, mixed reality, machine intelligence, inevitable architecture, and IT unbounded.

His advice to digital companies who want to sustain their business? “You have to continue tapping into hidden data for newer insights to upgrade the infrastructure of your digital setup“.

The Summit ended with two hours of interactive sessions led by 4 of the speakers on their respective areas of expertise.

“Exponential Finance” led by Brock Pierce had the participants downloading an app and doing an exercise on how you can use Bitcoin for transactions. They broke up into teams to create business pitches and the winner got a chance to win a Bitcoin to use in the future!

“Biotechnology” led by Raymond McCauley started off with a Q&A round on the latest breakthroughs in the fields of medicine and genetics. Following that, participants looked at simple pictures and teamed us to discuss what biotechnological solution could be applied so that they look different in the next 25 years.

“Artificial Intelligence” led by Neil Jacobstein was a brainstorm on how one can apply AI to organizations to solve problems like staffing, hiring, customer service, power grid optimization and so on.

“Design Thinking” led by George Kembel started with a conversation on “What is something you regret that you didn’t do”, followed by an activity where a ball was passed between participants to illustrate the importance of working together and team building in a company.

The SingularityU India Summit thus came to an end, with our attendees leaving the event with newer perspectives and a fresh outlook on how exponential technologies can do their bit to change our future.

And we couldn’t be more pleased!