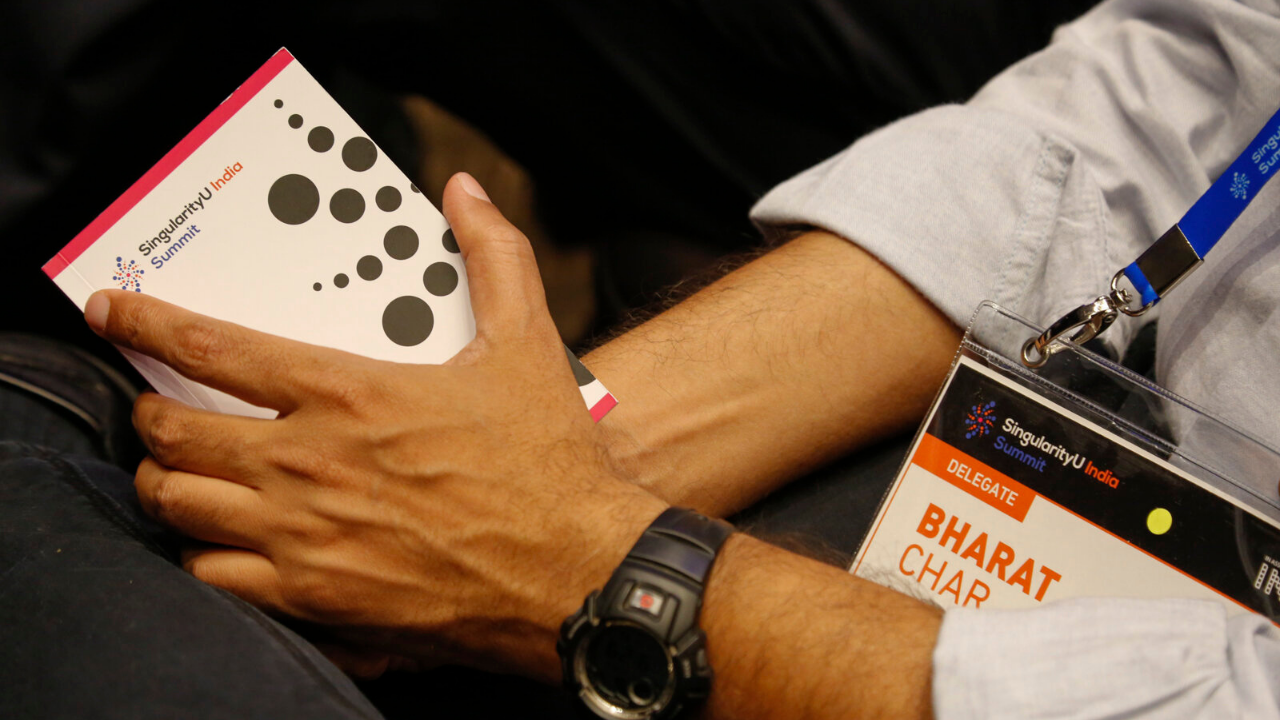 Talking about the fluid faces of energy with Ramez Naam

In a delightful way to kick-start the second day of the Summit, Ramez Naam (former Partner at Microsoft and bestselling author of ‘The Nexus Trilogy’ book series) delivered some tremendous insights into the global energy sector.

The Exponential Cost-Savings of Renewable Energy

Wind energy has had a 24x reduction in cost per unit of energy/power produced. It is a breakthrough with such universally shunned prospects that most energy analysts in the 1990s could only laugh at.

In 1977, it used to cost approximately $77 to produce one watt through solar energy media. In 2013, the cost of producing one watt of electricity fell all the way down to $0.36! In other words, from 1977 to 2013, a period of 36 years, the cost of producing solar energy has reduced by a factor of 200. These numbers illustrate the oft-used term ‘exponential’ at its very best!

“Solar energy generation prices fell despite solar cells falling entire in the ‘physical’ space. There were many critics who proclaimed how the cost of producing energy through photovoltaic cells would never likely fall beyond a threshold, since there is the obvious cost of wiring, silicon, manufacturing etc. But despite being physical, and not digital, in its very nature, and despite limited to no subsidies, we still witnessed a price disruption. That’s what we call a true disruption despite resistance.”

Across the world, he reflected on the drastically reduced prices per kilowatt-hour. In India, a particular project cost as little as 2.97 rupees, while elsewhere in the world, average prices ranged from 5 cents (in Mexico and Chile) to absolute lows of 2.91 cents (in Chile) and a staggering low of 2.42 cents (in a 1.3 GW project in Dubai, of all places)!

The future is even brighter since around 75% of all new demand would largely come from India and China.

And these effects boil over to energy storage. Tesla’s ‘Powerwall’ is actually just a bunch of Panasonic batteries branded under a much more powerful name. The storage capacity of batteries – when measured in energy stored per gram – has increased three times over the last few years, while the price has gone down by a straight factor of ten!

In fact, battery prices are decreasing at similar rates to the initial descent in solar energy costs. The Zurich-based Swiss financial services company UBS was startling in its assessment of renewables: it called them ‘deflationary’ because of their recent price trajectories and their impact on allied materials and services.

In face of all this, it could not have been a more poetic end than to hear Ramez repeat the words of former Saudi Arabian Minister of Oil & Petroleum, Ahmed Zaki Yamani:

“The Stone Age didn’t end for lack of stone, and the oil age will end long before the world runs out of oil”.

“This place seemed like a vacation home!” exclaimed George Kembel when he first visited Stanford University. Little did he know that he would one day co-found the iconic d.school, Stanford University’s Design School that has gained a cult status among fans of ‘Design Thinking’.

“The cost of ‘planning’ now exceeds the cost of ‘experimentation’, and this is a very recent phenomenon” he announced to an audience nodding in agreement.

“Innovation is fundamentally unexpected, and comes out of the unknown. A lot of people think they are not ‘creative’ or ‘innovative’ because they do not know how to draw! But merely signing an optimal business contract is a ‘creative’ act.”

We should acquaint ourselves with the concept of “Emergent Behavior, the kind noticed in nature’s episodes of synchronization. Look at bees in a beehive, or birds in a swarm. There may be a Queen Bee, but she does not lead the way most corporate leaders think they should.”

Referencing the challenges of developing the iconic PC game, SimCity, he went on to the ‘biological nature’ of networking effects on platforms such as Facebook and LinkedIn.

All of these examples are necessary, for they show that “…emergent behavior is a natural phenomenon. Those who say we do not understand such behavior on a cognitive level are, quite simply, wrong.” It is just “…a function of our education system, our workplace system…”and many such structures that make it difficult for us to understand this and similar constructs” such as the ‘exponential’.

“We organize in groups of 4, and introduce the one thing that most other types of thinking chronically lack: human empathy”. An elegant example of the transformative capacity of ‘empathy’ was displayed through the scariness of the MRI machine. Its creator, a designer by profession, had designed what looked like an industrial design, clean lines, sleek curves et al.

But children were frightened of this not-so-innocuous-looking machine.

The solution? A simple, empathetic re-design with decals that made those kids revel in an ‘adventure’, in a ‘jungle’, or in a ‘fantasy’, depending on their choices.

On leadership – “It is about providing a ‘space’. You do not know where the best ideas come from, and though traditionalists may think of you as a not-so-stern leader, it is simply found to be the most effective style there is”.