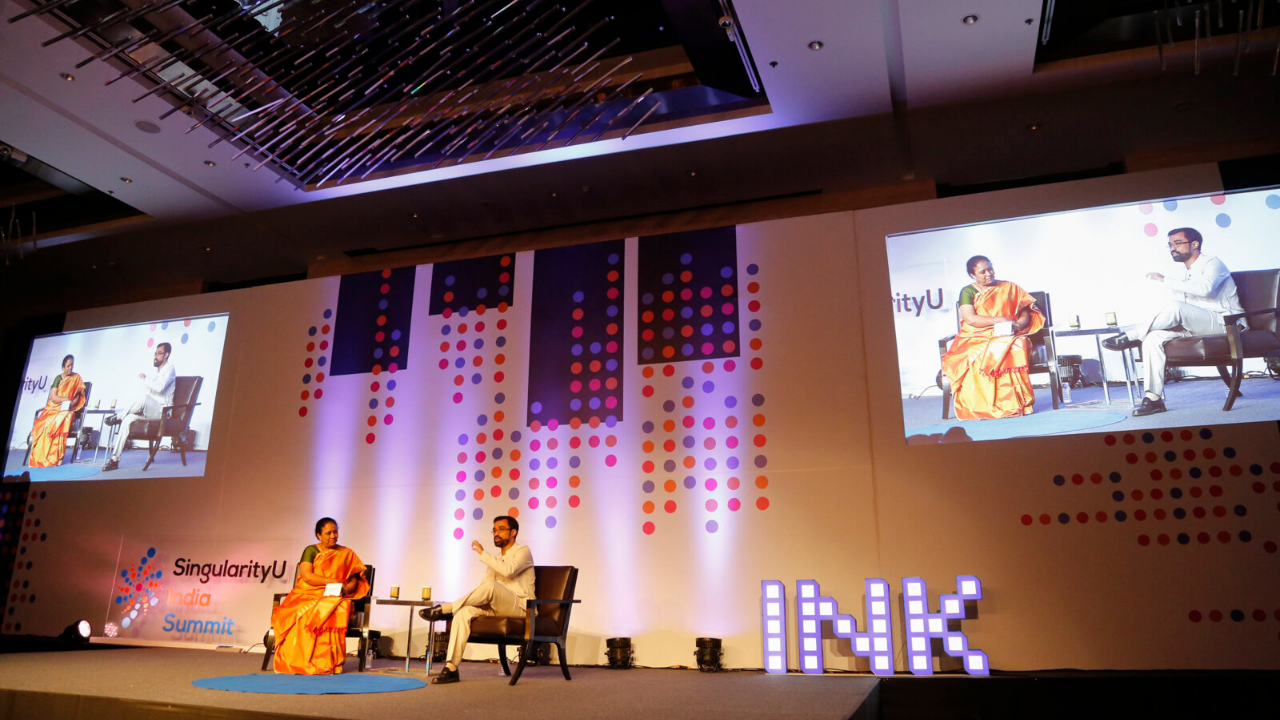 Session 4 offered a unique privilege to have one of Singapore’s young leaders, Mr. Aaron Maniam, Director of Trade & Industry, Singapore speak on the origins as well as the future of his country.

In a free-flowing conversation with Founder and CEO Lakshmi Pratury, we catch a glimpse of Aaron when he is most candid:

Lakshmi: Speaking of its origins, what role did the government play in Singapore?

Aaron:  Central direction since as early as the 1960s played a key role in shaping up Singapore the way it has developed today. In those early years, the government was essentially a ‘control tower’, coordinating key planning, signaling, and structural enforcement originating. This has evolved today, and government is less of a control tower, more of a platform – coordinating, aggregating and facilitating across different sectors, including business and civil society.

Lakshmi: The Singaporean government sends public servants to study to higher institutions, such as your stint at Oxford’s Blavatnik School of Government. In a similar vein, which PPP models exist that leverage such ties?

Aaron: There are a number of ways to tie-up with the private sector. Our Committee on the Future Economy, which recently completed its report, comprised many names from a range of industries. Private private sector representatives sit on public sector boards of directors. In other instances, they contribute in a project-based or even an event-based setup. At times, the collaboration is also through informal dialogues.

Lakshmi: Singapore is one of the first countries in the world apart from the USA to implement disruptive technologies, such as autonomous cars.

Aaron: Autonomous cars, for instance, are still at an experimental phase. People need time to be sensitized to such disruption. We have a pilot-project-based approach, including in one-north, in Queenstown, Singapore, as well as one of our universities and Sentosa, one of our offshore islands with tourist attractions and parks. In the pilot zones, we experiment with regulatory hurdles and safety mechanisms in a controlled environment, thereby allowing us to test them effectively over time.

Lakshmi: What do you think are the obstacles to FinTech and Blockchain?

Aaron: We have pilot projects in similar vein operating within a FinTech Sandbox where companies can try out newer technologies. This is done to prevent an ‘Analysis-Paralysis’: working in smaller scales prevent us from over-analyzing under-developed systems. However, we are very clear about certain principles, such as allowing no compromise in integrity and honest, and zero tolerance of money laundering.

Aaron: There are certain structures even within governmental setups. For instance, I have been denied access to certain industry data by the Department of Statistics owing to the granularity of certain firm-specific data.

Lakshmi: We know how everything is good in Singapore. What is bad or ugly?

Aaron: All policies need updating and oversight, as we noticed with our policies on bilingualism. We learned lessons after experimenting over a number of years, and no doubt will continue to do so in future.

Lakshmi: There is some criticism that ‘original idea companies’ do not originate in Singapore. At the same time, biotechnology is huge. What are you doing for individual entrepreneurs?

Aaron: Singapore is itself an innovation. We became a nation when most expected countries to need a reasonably deep hinterland. We moved away from import substitution, at a time when the world was moving in the opposite direction. Today, it is probably true that incremental innovation takes place much more frequently than disruptive innovation. But we need to understand one thing: Singapore may be a country, but it has a smaller land footprint than New York City. London for instance has twice the area of Singapore. We actually lack physical space! So any innovation takes places in a fairly circumscribed space. In many ways, we are not Greenfield anymore, but Brownfield.

It was a warm-hearted end to the conversation when Aaron was obliged to wear the poet’s hat and recite a beautiful poem on promise and hope.