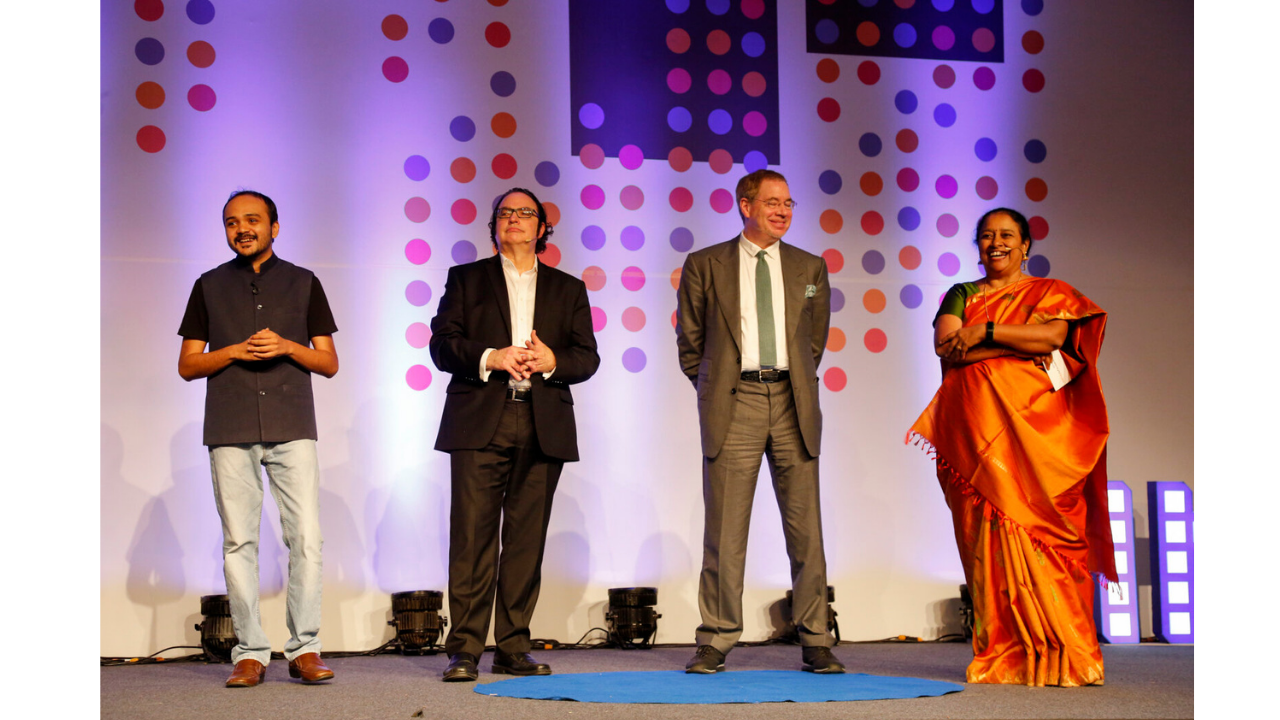 Larry Keeley gives you 3 ways to force secrets out of innovation!

How many corporate head honchos can say, “…’Control’ is a 1970s artifact”, and not just get away with it but also truly believe in it? That’s Larry Keeley for you! His humorous quips more than disguise the remarkable brilliance of his ideas.

“I would be the only one today to not use an exponential chart”, he jokes. “Humans are meant to think linearly. It pays to accept the truth once in a while!”

How else can we explain “…my stupidity to keep repurchasing my 33,000-song collection, first on CDs, next on iTunes, now on streaming?”

Having no control does not mean chaos. Showing us a picture of a traffic jam in Mumbai, he says, “It is simply beautiful. It is a system that has no control, just like a coral reef. Quite similarly, both adjust, innovate, reorder, and ultimately, work!”

Lesson One: Operations can be ‘Tight’ or ‘Loose’

Everyone praises Uber, for its simplicity and its affordability. But the most amazing aspect is the level of decentralization of control. A City Manager is empowered to introduce locally oriented features in the app, an alien concept to legacy corporations.

Alibaba pioneered its “Singles Day” Sale, on 11th November each year. Upon missing a particular deadline in one of the years, Jack Ma was quoted, “It’s alright, let us simply hit it at 11:11 a.m. the next day”, a level of fluidity that hauled in record-high revenues of $17.8 billion in 2016″.

The final message? Modern innovation is not about control, but about experimentation. It is also about ‘elegant integration of known things’, than the ‘primary invention of new things’. Everything Uber has been built on, is a separate service accessible by the masses.

At the most basic level, progress can be reduced to just ten types of innovation. Some, like Structure and Profit Model, are taught in business schools. Some others such as Brand and Service find themselves in social sciences teaching. Businesses that utilize a greater number of these innovations thrive. Prime Minister Narendra Modi’s Digital India for instance utilizes seven of these types.

Lesson Three: Be bold and effective at the same time

In the end, you cannot grow exponentially if you play either too conservatively or too aggressively. The key lies in a good balance of a platform that utilizes the right tools and an optimal integration of ‘loose operations’ and ‘tight principles’. Give incentives, metrics and rewards to the senior management to get them to sponsor the breakthroughs. After all, innovation is not about creativity, but discipline!

Haven’t we heard a bit too much and read a bit too less about them? Here today, Neil Jacobstein, Chair – Artificial Intelligence and Robotics, Singularity University, performed a deep-dive into the many layers and developments in the field of artificial intelligence.

To start off, he reflected on a bunch of intense developments in the AI space. Amazon’s Alexa, for instance, has exponentially learned skills over a 3-year period. From knowing just 135 skills in 2014, it has now acquired over 10,000 skills as of early-2017.

While highlighting a bunch of metrics critical to the development of AI, such as capital and data, he went on to make interesting observations of the global AI talent landscape.

“Andrew NG, the Head of Baidu Research in Silicon Valley, recently resigned. The inventor of Deep Face was hired by Mark Zuckerberg. The developments in this field happen fast, and happen right when you least expect them to”.

A World of Acquired Learning

In fact, the most interesting observations have been noticed in acquisitions. Deep Mind, a fascinating example of revolutionary AI, has been one of the most startling cases of rapid acquisition. Founded in 2010, it was quickly acquired by Google in 2014. Last year, it made headlines in late-2016 for its World-Champion-besting AlphaGo algorithm.

In fact, “…Lee Sedol, the reigning World Champion of the game, actually remarked he learnt something new from the algorithm. This was preceded by a ‘1 in 10,000 move’ on part of the algorithm, a move mimicked by Sedol two rounds later. This was a landmark achievement, when an algorithm not just beat a World Champion (like Deep Blue’s achievement in the late-90s against Gary Kasparov) but also forced him to acquire newer moves”.

This was an acquisition no one prepared for! Literally, a ‘game-changing’ technology, as evidenced by the case above.

An interesting bit of the talk shifted towards the responsibilities of any potential strong AI.

Does the future of AI foretell doom and gloom? or nirvana? AI comes with tradeoffs like job disruption and human identity change. But it has the capacity to alter world landscapes. “It all comes down to the level of trust we place in the ability of Artificial General Intelligence to augment humanity’s potential, rather than retard it”.

For anyone who wants to take the first step to try out AI, Neil recommends the R User Conference tool for AI beginners to use at home. Go, test it out yourself and see how AI can expand the range of the possible!