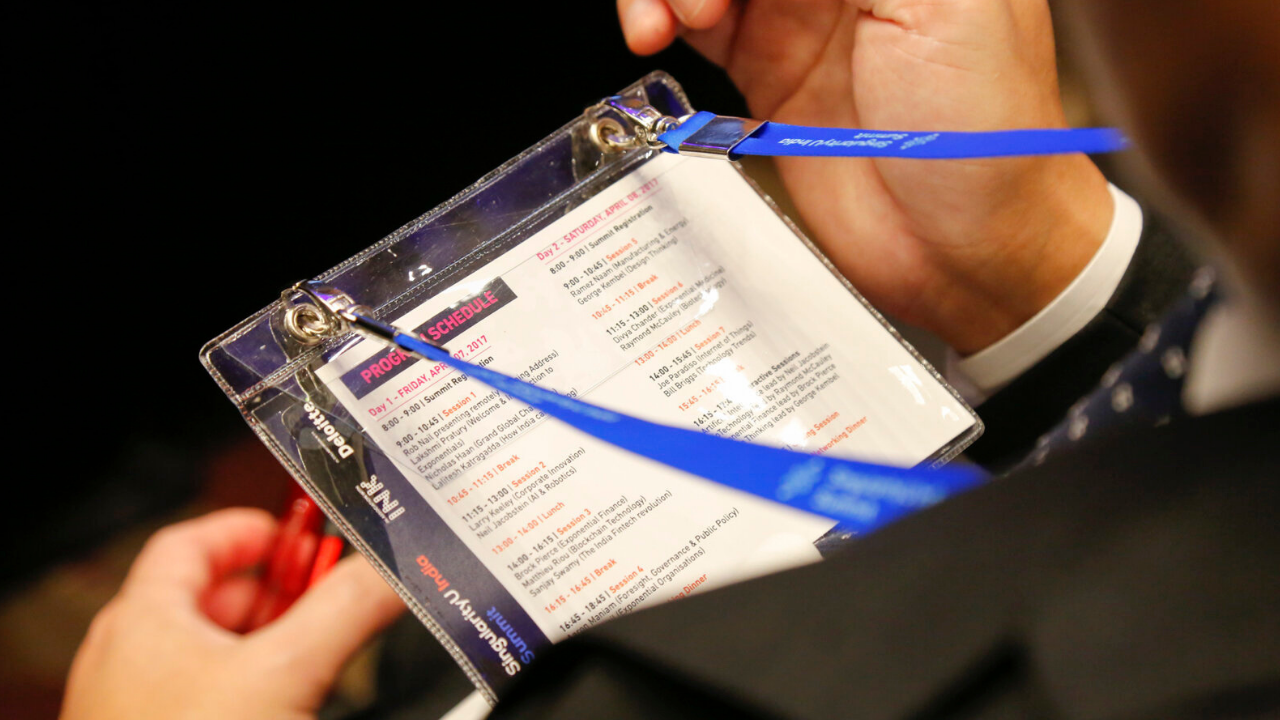 In the weeks following the SingularityU India Summit 2017, we have two attendees share their thoughts on the different talks/sessions delivered by the Summit speakers and the unique insights they have gained from the experience.

Q. How was the SingularityU India Summit experience? Take us through your thoughts.

Sanvar: There’s a notion that not much happens at conferences, particularly open ended ones. Singularity India Summit was the exception to that rule. The room was charged and the flow of knowledge unrestricted. It was the perfect setting.

India’s gone through a major political and economic transition over the last several quarters and it seems we’re just getting started. As a country which has trailed the developed parts of the world for most of its independent era, there comes a new opportunity now. A unique chance appears, to occupy the world’s top position as a superpower, through the mass adoption of technology. The role of technology itself is changing. From being in the hands of the uber-rich and global elite, it is increasingly becoming the tool for mass transformation and aid of the disenfranchised. Through developments in different domains of technology, we’re working toward a world of abundance rather than scarcity, as rightly said by Peter Diamandis (Co-founder of Singularity University).

Technology has been able to democratize information. For example, a low-cost Android powered device enables a rural farmer today to have access to the same information as an urban millennial in New York.  This continues for genome sequencing, manufacturing, sensors, robotics, and so on. India stands to gain immensely from this.

As a populace we’ve always been fragmented and divided on cultural and demographic parameters, however with futuristic platforms like India Stack, we now have a billion people part of the same platform. Their biometrics, unique identity, e-signatures, and critical documents are centralized, an unbelievable feat of immense opportunity. Speaker Sanjay Swamy (Co-founder and Managing Partner of Prime) puts this in perspective, “All of us live in a country where physical infrastructure may be lagging but in the digital sector we are leapfrogging”.

Leapfrogging is a wondrous term, with developing economies standing on the shoulders of developed nations and adapting cutting edge technologies better than even the developed countries. No wonder Kenya leads the world in digital payments through their M-Pesa. With potentially widespread applications of Blockchain in building distributed ledgers, a true trust platform can do wonders for India especially in governance.

Here’s why I am hyper-optimistic about the future through the eyes of this Summit: the audience. There were leading corporates, startups, governments, thinktanks, and even students all wide eyed, absorbing this futuristic ideas like sponges and making correlations and applications in their minds for different scenarios in India. The conversations in between talks was truly precious. I haven’t seen this level of excitement and energy among such a diverse crowd. I think the team at INK have just set forth a whirlwind of changes, the butterfly effect of which will be fast seen in the future.

Jahan: In modern day pop culture, there exists a wide-ranging popularity of science fictions TV shows which explore the potential of ‘exponential yet fringe’ scientific ideas. It would be difficult for an ordinary individual to imagine that what would have once been considered improbable or impossible, would in fact be closer to reality than ever imagined.

The Singularity University India summit acted as a confluence for thought leaders and speakers to share examples of how pioneering innovators across the globe are disrupting industries at the drop of a hat.

As disruptive innovation held sway as the common theme throughout the event, it afforded the minds in the room to learn more about how innovative daily operations are the bedrock of a future with broad horizons.

As an example, speaker Larry Keeley (President, Co-founder at Doblin Group)  guided the audience through how Alibaba created the brand of ‘Singles Day’ in order to capitalize on declining sales in China during the month of November. A fresh perspective through similar such examples showed that corporate titans and entrepreneurs alike seek to address fundamental impact-based issues towards their pursuit of innovation.

Perhaps one of the most enlightening lessons about innovation, which positively stirred most attendees, was the proportionality between innovation and discipline which put an end to commonly held mistaken beliefs that activities such as open-ended brainstorming would lead to game changing discoveries or ideas. It is this form of discipline which echoed loud and clear, while exponential ideas from varying domains such as energy, medicine and biotechnology came flying thick and fast through our cerebrums.

Some of what I heard at the Summit, including facts like the economic dynamics of solar and wind energy dropping drastically over the past few decades, non-invasive EEG caps being used in cyborg technology and pharmacogenomics helping us test drug effects on our DNA, stands to reason that solutions for our humanity’s future problems have already begun to arrive.