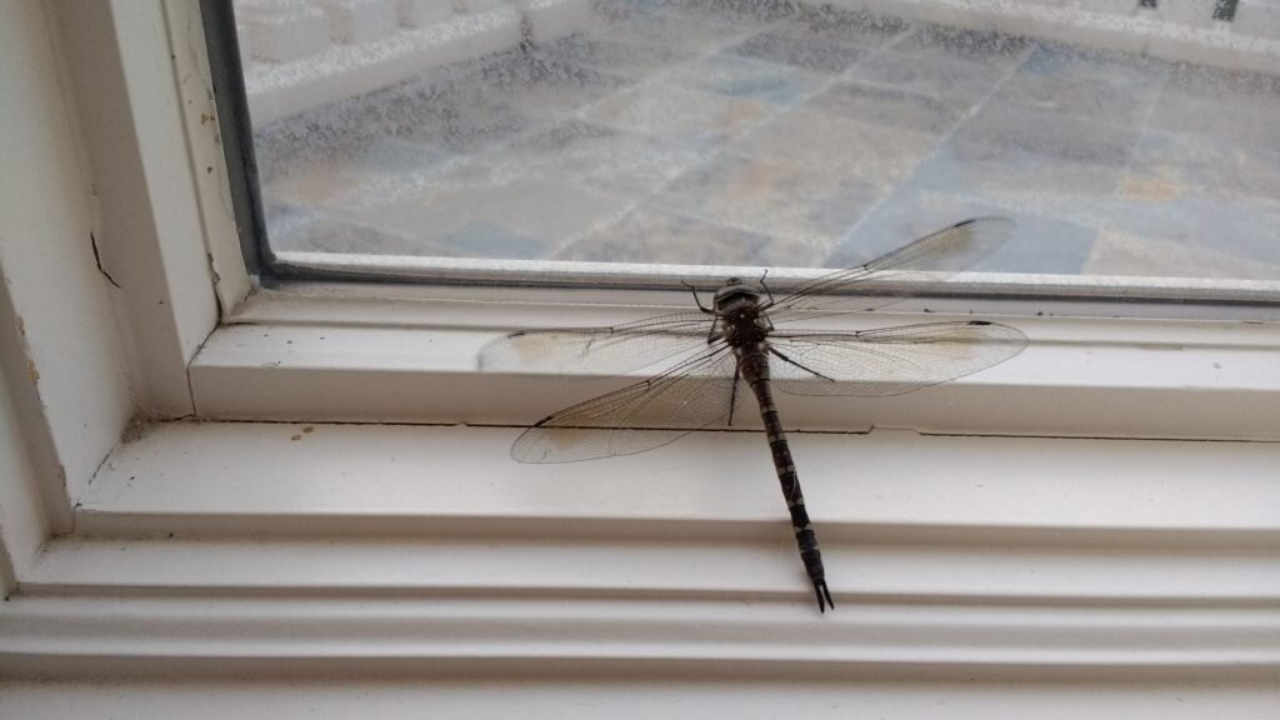 Solutions to our problems are often right in front of us, but we fail to notice them. Lakshmi picks through that thought and talks of the importance of a mentor during such times in today’s morning musings

Since last night, there was a dragon fly in the house.  It has been buzzing around the house driving everyone crazy.  We opened the door, tried to move it toward the door by using a news paper, tried making sounds but nothing worked.  We gave up, locked the doors and went to bed.  When I woke up this morning and sat by the window, I heard it stuck behind the Venetian blinds.   It was banging itself on the window trying to get out.  It could see the open space beyond but just did not know how to get past the glass.  I raised the blinds slightly and tried to get it out.  Even then, it crawled further up behind the blinds and continued banging itself on the glass.  I opened the door that was right around the corner and tried to get it to move toward the door, but it would not budge.  It must have been working at it all night long and finally, got tired and lay still, clutching to the window sill, refusing to move.  I found a small cloth bag, threw it over the dragonfly (knowing it might have terrified it) and took the bag outside.

Even when I opened the bag, it clutched on to the bag with dear life. I had to shake it off and literally flick it with my fingers. It then realised it was out and flew away before I knew it.  After that, even though that door was open for a long time, it never came back in.  It found hard fought freedom and hopefully found its flock.

This dragon fly episode made me think of how close we could be to our solutions.  We keep banging our heads against the obstacle that’s right in front of us instead of seeing another road right around the corner.  What it also made me realise is that we often need some external force that might cause pain in the short term, but might set us free in the long term.  We need that adult supervisor, adviser, mentor, well wisher – someone who can see beyond the obstacles and force us to see the alternatives.  We all play the adult role easily, but it is most important to let others play the adult role for each of us and pave the path.