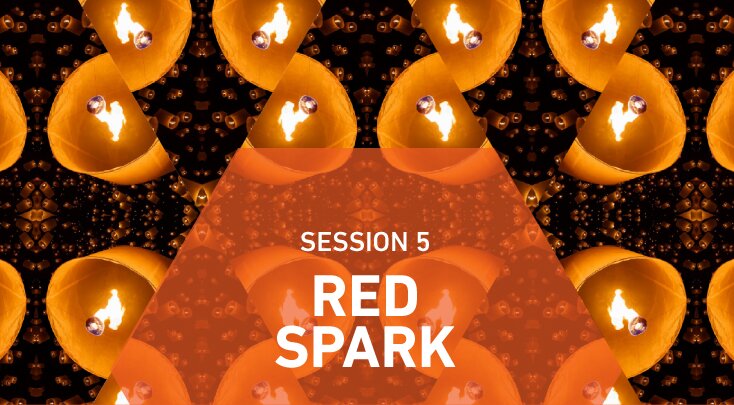 Knock! Knock!
Who’s there?
The Messenger
Messenger, who?
Yahoo.

For all of us who were not born into the age of hyper computer usage, learning about the computer interface was new and difficult in the beginning, wasn’t it? Suranga shared his experience with the Yahoo Messenger alert tone and how he confused it with the knocking of a door. He spoke about how technology made to ease something out actually ends up complicating. That inspired him to think about assisted augmentation. Have you ever wondered if it possible to paste digital data from your phone to the computer as easily as applying tilak.

He is behind SPARSH, a novel interaction method to transfer data between digital devices by simple touch gestures. Technology will enhance our life or make us feel inadequate; it takes intuition to build technology that is enhancing. He comes from the ethos of finding humanity in technology is the way to go.

Crystal is Co-founder and Chief Marketing Officer, Sensay; an interactive platform that lets you message strangers around the world about anything.She is also Founder and Director, LA Startup Week, a series celebrating entrepreneurs and startups. She spoke about Human Intelligence. Combining HI with the tools that are being created is the equation for smarter technology. She then went on to talk about how responsibility to technology does not stop at its creation but lies in creating technology that benefits humankind. She spoke about the Super Intelligent Movement which focuses on empathy for humans, finding and following that intersection of something you love to do, social benefit, and money which becomes your life’s purpose, and about being a good human and simply doing more of what makes you human.

A 74 year old teacher of the ancient martial arts form, Kalaripayattu, is a true inspiration. She started training at the age of 7 with her teacher who then became her husband. Kalaripayattu is a part of life in some parts of Kerala. Her husband was denied admission to the Kalaripayattu school in their town because he was from a more backward class. So he took it in his stride and started his own school where Meenakshi started training. We saw three generations of Kalaripayattu dancers starting from Meenakshi, her son, and her grand daughter. It was indeed a riveting performance!