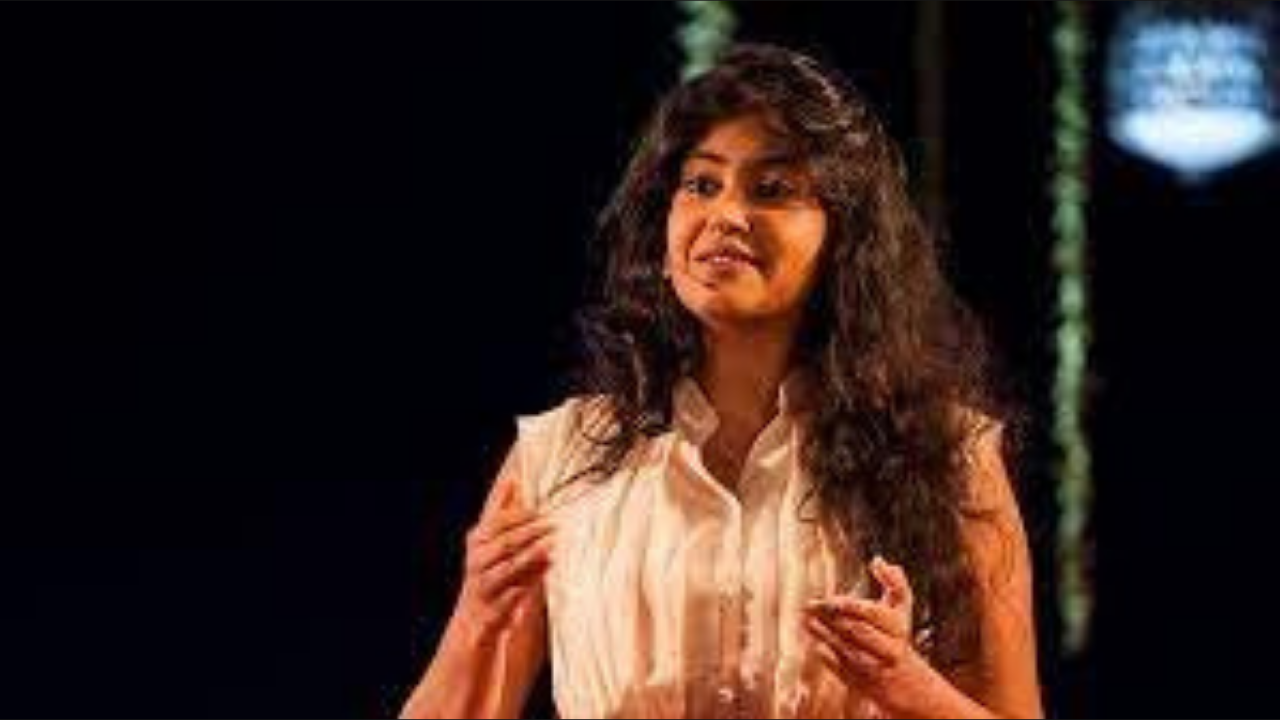 This session was all about how the chaos of life can be contained, and how the improbable can be used to motivate extraordinary people to seek change.

Kickstarting this session was Snigdha Manchanda, a tea sommelier and entrepreneur, who started collecting tea from friends, and, before she knew it, she had 100 different rare teas from all across the world. This hobby turned into the passion to study tea, and she traveled to Sri Lanka to expand her understanding of tea. She wondered why India, the largest tea producing nation does not produce a single international tea brand. The key challenge she found in her travels around tea estates in India revealed that businesses did not see a market for specialty teas in India. However, she took comfort in the fact that more Indians are looking beyond chai, and are exploring the health benefits of tea. Charged with this, she started Tea Trunk, which works with producers to help them produce quality tea without any compromise. On the consumer side, she helps people discover alternative types of tea by holding activities such as tea tastings. Snigdha Manchanda plans to launch a global learning hub for tea because, as she put it “,India without a tea school is like France without a wine school.”

“We’re fat, and we know it”, began Tushar Vashist, the founder and CEO of Healthify Me. Tushar’s journey to creating India’s first calorie counter actually began behind a desk at Deutsche Bank. Feeling unfulfilled, Tushar set out to make a difference in the world, and landed at the Aadhaar project, where he became well versed in the many difficulties of service delivery. However, he still felt that he was looking at poverty from behind a glass wall, and this feeling led him to experiment with living on 100 rupees, and then 32 rupees, a day. This hands on experience of living in poverty, of starving and feeling trapped, gave Tushar the unique ability to lobby for more support for poor families, and eventually led him to create India’s first calorie tracker. By understanding how hard it is to sustain a healthy diet while living on 32 rupees a day, Tushar was able to turn this experience into a program may prevent India from leapfrogging into first world problems such as widespread obesity and diabetes.

Shruti Ganguly, the storyteller and filmmaker, started her talk with why she works in film. After telling us about producing her first film TAR, she educated us about the lessons she learned. She spoke about the importance of communication, coordination and collaboration, as her first film had 11 directors who had to work together and with the rest of the crew. Clearly, she practiced what she preached, as the film was completed in 2 weeks. Next she spoke about the high probability of Murphy’s Law – if anything can go wrong, it will. She learned to invest in contingency, and to be flexible. Finally, she found out the importance of the place as it sets the scene. She is going to continue making brave inspirational films with fearless and inspiring people.

Luke Iseman is a young man with a vision- to live in a world in which sustainability does not mean sacrifice. His vision started with a motorcycle- Luke wanted to get around faster, but did wanted to do so sustainably. He created an electric motorcycle that worked for 5 minutes before falling apart, but the experience inspired him to keep going. Luke then set his sights on a project with a wider reach: helping a friend manufacture kilns that turn soot into fertilizer, so that African farmers could decrease their dependence on chemicals. After a bit of trial and error, Luke was able to figure out how to make the kiln for a fraction of the original price, thus expanding access and making a larger impact. From this, Luke wanted to work on a project that would have an even greater impact on the world, and he co-founded Soil IQ. This wifi-connected, solar powered soil sensor builds a digital soil map to give us a clearer picture of how to maximize crop production. Luke ended his thought provoking talk by asking, “What does your bright green future look like today?”

Following Luke’s talk was Arun M Kumar, the insightful poet and former partner at KPMG LLC, spoke about his fascination with poetry, which started from a young age. Both his late father and high school English teacher played an influential role for his love for poetry. He presented his book, Plain Truths and read the audience some of the poems he has written. The poems he presented are about everyday things he hears and experiences, such as when his son left home for college, how much he loves California, but also how much he missed Kerala (his hometown). They bring out the unusual in the usual and vice versa. which was what his book aimed to do.

Up next was, Satya Hinduja, a sound artist who calls herself a right brainer coming from a left brainers’ world. In her profession as an electronic musician, she often finds herself shifting between different “hats” in her job, and goes beyond sound to speak about frequency of sound, which affects our being. She questioned why everything is so chaotic in our cities, and urged us to think about balancing silence and noise so that we can listen to the music in everything we do.

Back by popular demand, David Gallo gave the audience a unique glimpse into the wreckage of the Titanic. The bold ocean explorer explained to the audience that back when the Titanic was first discovered, there wasn’t the technology to photograph the wreck properly. David took the audience on a journey through the evolution of his ability to map the Titanic- from mapping it with sound, to photographing it from above, and finally photographing the sides of the sunken ship. The importance of studying the Titanic cannot be understated- it allows scientists to understand how ships sink more fully. This knowledge can be applied to modern shipwrecks. David ended his talk by telling the audience about some of the more quiet, simple moments he has experienced in his study of the Titanic- moments that captivate and inspire him to continue his work in the deepest oceans.