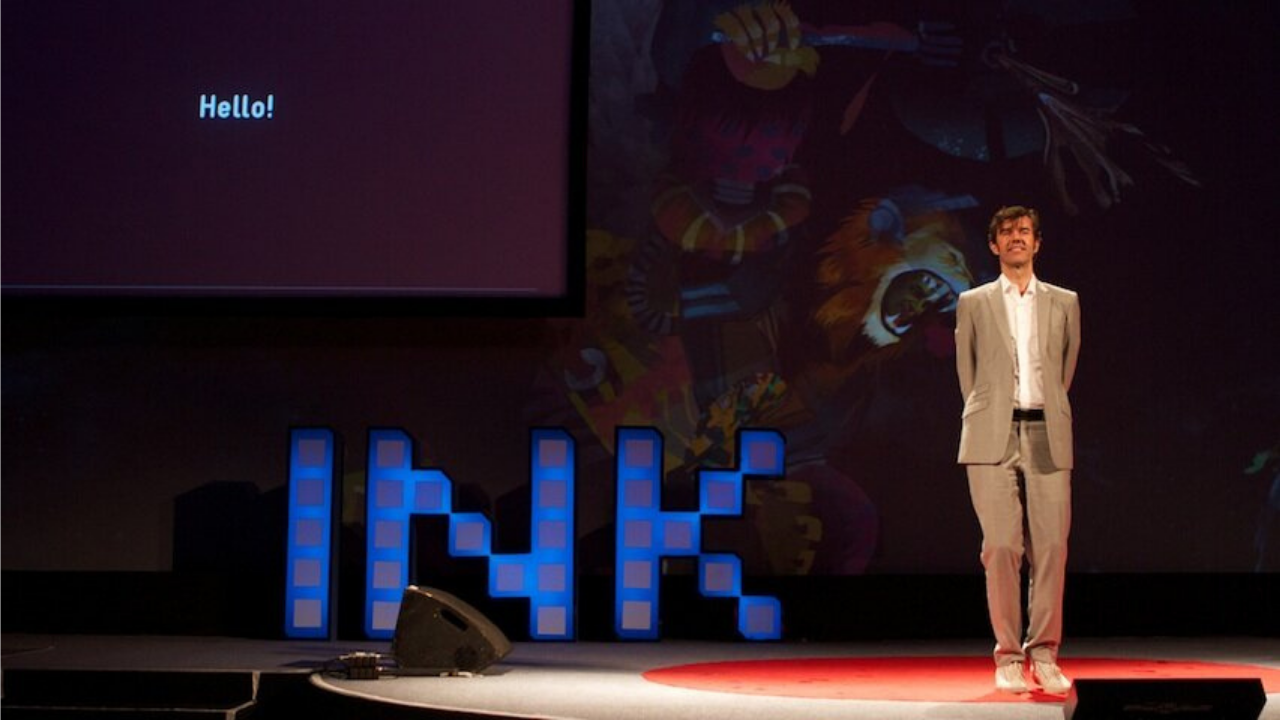 This session was about how we can radically evaluate what we are used to in an effort to design the future together.

Stefan Sagmeister, celebrated graphic designer started off the the second session with his eccentric talk about happiness. Though admittedly, he added a disclaimer later on “, I am not an expert on happiness, I am an expert on my own happiness’. He recently designed an exhibition focusing on the possibility of training the mind to be happier. He designed a series of interactive installations that gave participants instructions, asked them to smile, and gathered information regarding their general levels of happiness. Stefan also discussed one way to manufacture happiness- go on an aimless exploration, both physically and mentally. His talk proved why his name is synonymous with design.

Kiriti K Karanth, the conservation biologist, continued the session with her dream for India. She aims to ‘‘rewild’’ India because amount of protected land set aside for the wide variety of India’s wildlife currently stands at a disappointing 4%, due to urbanization and conflict between man and beast. Kriti made a passionate arguement that there is now enough money, resources, and technology to achieve her dream of setting aside 10% of lans for India’s wildlife. She urged the audience to make a difference, whether big or small, in an attempt to make more room for India’s biodiversity. According to Krithi, we need to improve conditions of life for people so we can create more space for wild india.

Amar Hanspal, a digital portfolio designer, spoke about the innate human ability to innovate in order to solve problems. The pervasiveness of technology and the exponential increase of connectivity has led to the evolution of “cloud” technology. In this vein, Amar argued that we are now at the point of being “cloud enabled, crowed empowered.” He posited that the future is a design challenge waiting to be solved by our innate ability for problem solving. With this in mind, he spoke about 9 billion for 9 billion- what he forsees as the people of the world designing for the people of the world, and urges us to tap into the power of cloud and crowd.

Param Jaggi, the 19 year old “Eco-innovator”, decided at the age of 12 that he wanted to tackle global pollution at the source of the problem. He saw motor vehicles as major contributors of pollution in the world, as there are a whopping 1.7 billion motor vehicles on the road today. Thus, he created a series of innovative products which help reduce carbon-dioxide emissions directly at motor vehicle exhaust pipes. While, pursing this goal, he had an epiphany- he was not alone in wanting to change the world. He began enabling other kids to nurture their ideas as he once did, and helps them see their ideas turn into reality. With his work, children around the world will be able to dream without limits, and solve some of the world’s most pervasive problems.

Maira Kalman, a well-known illustrator for the New Yorker and contributor for the New York Times, then turned the tables by exploring design in a completely different manner. She considers herself as somebody who wanders around the world and reports back to us about what she sees. She considers digressions more important than the given assignment, and finds beauty in small, seemingly static objects. Perhaps thats why she has such a unique perspective- she spoke about being moved by a bowl in a museum, and that kind of connection to ordinary objects has shaped her art and life.

After that honest and quirky talk, Vandana Srinivasan, the talented musician, entertained the audience with melodies from the north and south of India. Her passion for what she does is apparent in her work with Crimson Blend, the ensemble she performed with. Following that moving performance, Founders of INK Lakshmi Pratury and Anu Sethuram introduced the new Inner Circle Members who helped INK ‘navigate to unchartered waters.’ The Inner Circle Members are crucial to shaping the role of ink. All of the Inner Circle Members were brought on stage and thanked for their selfless support and quiet contribution. Lakshmi then brought this session to a close by saying that although things may have seemed random at first, everything has contributed to a great design as she looked back on her life. Her thoughtful reflections got the audience excited and reminiscent as they headed out to lunch.