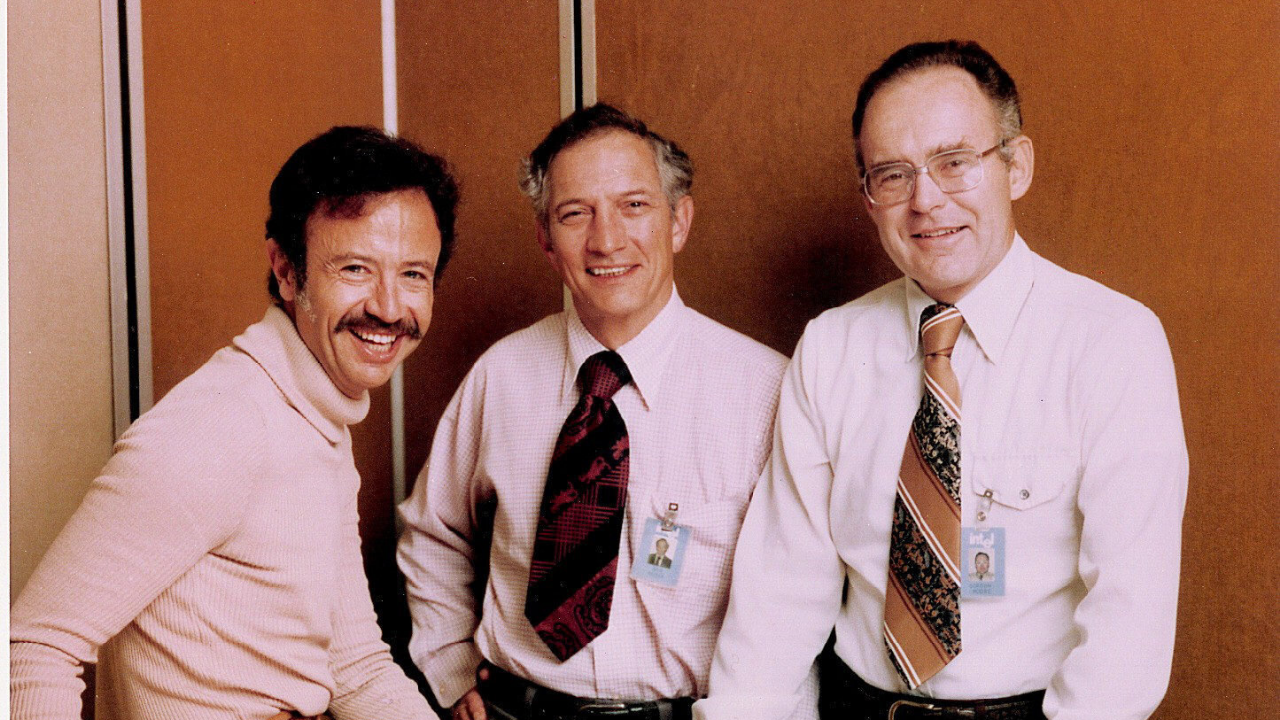 Intel recently celebrated its 50th anniversary and I was there for Intel’s 25th and 30th.  Considering Intel was my second home, I wanted to feature the Founder of Intel, Gordon Moore in this edition of 50 Over 50. I had the privilege of working with some amazing people at close quarters and learn about what makes them THEM.  I would love to share with all of you about Gordon that shows his sense of honesty.

Moore’s law defined the future of the Semi conductor industry in one simple sentence. The quantity of transistors that can be placed inexpensively on an integrated circuit will double approximately every two years.  This establishes the concept of “Exponential growth” that we embrace today.  While I was at Intel, I jumped at the opportunity to travel with Gordon Moore, the legend behind Moore’s Law, to Vienna to help him prepare for a talk at a conference.

I was able to work with him for two weeks on his speech, as it was a complicated one with multiple demontrations. After receiving a standing ovation, he came over to thank me I was over the moon. Then, we walked into the press conference. Let me stop here to give you a background of what was happening at Intel at that point of time:

One of the biggest battles in the history of Silicon valley was fought between Intel and AMD.  Intel used to number their processors, 286, 386, 486 etc., When AMD started calling their processors with the same name, Intel fought against it saying that Intel had a trademark on the numbers. To protect their products, Intel decided to switch from calling their processors with numbers to names. Moving from 486 to Pentium processor was one of the major shifts in the marketing of the semi-conductor industry. A few critics said that Pentium processor was not a big deal, that it was the same chip under a new name. Intel bet billions of dollars on this chip, and one of the strategies we adopted was making the applications run faster on this chip so the end user could see a marked difference in performance. There was a small group of us who worked closely with the software developers to make sure that the applications ran faster on a Pentium processor than on a 486. We called it the “work, learn, play” strategy, and worked with applications in each category to optimize the new processor. And the computer games caught on. From the first SimCity game to Tomb Raider, to all the sports related games from Electronic Arts – they all rocked on the new system. Those who wanted to criticize Intel would say that the new machines were only good for games and who would want to play games anyway. To combat this, we were coming up with many demos that showed that the system was good for other applications that would help productivity, learning for children, as well as playing games. For example, we worked with Intuit so that they could introduce tax clarifications and help through videos and worked with many children’s learning companies so that they could create interactive software that would allow kids to learn better. So, this was the scenario in our headquarters when we made this trip to Vienna.

With that background, let us return to the current scenario of Gordon Moore at a press conference in Vienna. We just concluded a long talk where Gordon connected to the process technology fad back home, showed the latest processes (Remember! There was no internet, skype at that time. So, it was a big deal to show something from across the globe in real time). We had so many complicated demos that we were all celebrating at the successful conclusion of the talk.

Following the talk, we had a brief press meeting. We had our press briefing along with a possible Q&A, and I went through all the salient points with Gordon before the conference. Since this was a scientific conference, and our focus was on process technology, we did not bother to include the end user related questions in this briefing. After a few process technology related questions, came a completely unexpected question from a reporter- “Dr. Moore! What chip is inside the computer you have at home?” and Gordon said “486” and the journalist asked, “How come you do not have a Pentium Processor based machine at home?” and his answer made the headlines in every newspaper the next day. He said, “Because I do not play games”, and I could hear my knees shake so violently that I had to slump in a chair at the back of the room. I could just see the headlines the next day throwing a damper on the millions of dollars that we were spending on fighting this very notion. And when we did the post-mortem of the event that evening, I had to ask him why he said 486, knowing that we were all pushing the Pentium processor, and his short answer was “I did not want to lie about which computer I had at home”. I called my PR team in US and warned them about the headlines that might be breaking the next day. By the time we got back to the US, Intel sent a tech support person to Gordon Moore’s home to replace his old computer with a Pentium Processor based computer, and we gave him a demo to show that many applications, not just games, were also running faster on the new machine. We did this because we all knew that if he was not convinced, he was not going to lie for the company. It is this simplicity and honesty that was in the DNA of Intel and made him one of the most adored and respected men in Silicon Valley.

What I learnt from this is that even the greatest of men make mistakes and the best way to get over the mistakes is to rectify them immediately and also be able to laugh about them. When we got back to US, Gordon got the most teasing in the executive staff and was awarded the trophy for committing a PR blunder.

Gordon Moore gave billions of dollars of his wealth for environment, conservation. He will be 90 next January and I will be celebrating from across the oceans the life of a man who quietly shaped all that we innovate today with a simple statement.