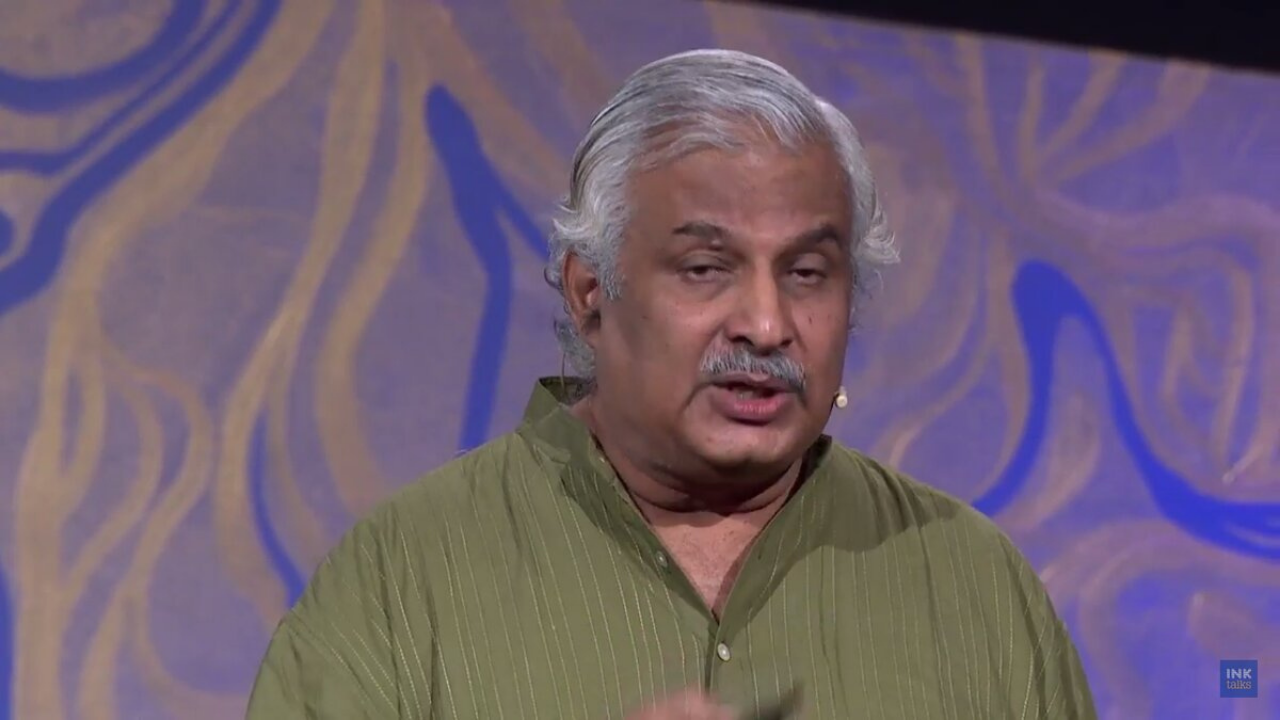 Yes. That’s what we said when we parted yesterday with Emily raising the spirits of all of us with her humorous session. It’s now time to EMBRACE our learnings from the previous days and grow that much more from the last two days of INK 2015!

The session on EMBRACE was introduced by Raghava KK, our INK Fellows programme Chair gets on stage. And the first speaker on stage was Amanda North.

Amanda – a Boston Marathon survivor – had her life changing moment when she helped an injured stranger survive by just being there till medical help arrived! That incident made her understand that it is absolutely important to pursue one’s passion because tomorrow is probably not there for us! Her passion to travel and interest in aesthetics helped her curate artisans from across the world.

Amanda describes how a 40% unemployment is a time-bomb waiting to go off and how @artisanconnect is helping #INK2015 pic.twitter.com/aewqJsZWMT

She explained how she EMBRACEd two different concepts and hence found her calling! Here’s what she closed her session with:

When the universe knocks you out and blasts through you, just get up and walk through the door!

Up came K P Mohanan who delved deep into Linguistics where he outlined the Education system which has been spreading dogmas – scientific or religious. The core principle of science is to question. And by having a ‘questioning’ mentality, learning comes alive

The next on stage was Srikanth Bolla who had to be helped on to the stage because he is challenged visually. But his achievements bely that fact! His life story where his parents teaching him to be compassionate. And compassion is showing a way to live for someone else! His story of how he had to fight the education system and the government to pursue his passion in science. His exemplary confidence was evident with the stories about his encounters with IIT and his association with Dr. A P J Abdul Kalam.

Nishikant Deshmukh outlined his research on Ultrasound Elastrography and the impact of his research in cancer detection and cure. The uniqueness of his research is primarily because he was able to EMBRACE biology with technology – and that too with commercially available graphics processing unit. From taking 2 seconds for each frame, his research has been able to get imaging at 78 frames per second today. This is how people who we don’t know touch our lives. And the impact is immense.

Up came Benitha Perciyal – an artist par excellence who has created her own colours and medium for her painting and sculpting work. Her expression was less in words but more with her art form which is absolutely intense. Here’s a sample:

A beautiful work of art representing Jesus made by Benitha completely out of incense! #INK2015 pic.twitter.com/Aajlq1OjY1

We were in for another musical treat; this time by a very sensible head on very young shoulders. Here’s why:

Sandya found her Violin Teacher online; self-taught Western Classical Violin and performed for us with Meagan Pandian who is a violinist, keyboard artist and also the only pedal harp player in the country!

Lakshmi introduced Tandav with the importance of ‘unhappiness’ as an emotion. It is important to be imperfect, understand that imperfection and from that imperfection rises the opportunities for success! And to highlight this the first speaker on stage was Angad Singh. His session revolved around Creativity and how crucial it is in creating our future. Creativity is originality combined with Value was a statement he made and he went on to bust a few myths about creativity

“Everyday, in every school around the world, we’re drilling creativity out of our children” – Angad Singh #INK2015 pic.twitter.com/1kfmGxYVkZ

India is no stranger to Crowdsourcing was the first statement that Anshulika of Wishberry made. From Manthan – a movie made with the contribution of farmers in Gujarat to many other projects that have now seen success through Wishberry today, Anshulika highlighted that Indians love our art & culture.

“We will not rest until crowdfunded movie gets an Oscar or a crowdfunded musician gets a Grammy!” Anshulika #INK2015 pic.twitter.com/L2UBgCjD01

Aparna Venkatesh spoke about immunology and stem cell research and gave us a sneak peek at growing heart cells which ‘beat’ in the petri-dish! More medical research followed with Catherine Mohr – a Roboticist and a surgeon in one who highlighted the disruptive technologies in medicine.

Aparna gives us a peek at growing heart cells! They beat in the petri-dish. Amazing! #INK2015 pic.twitter.com/Ylcn5dWUKS

Then came Kirthiga Reddy to introduce her coaches. Her kids. With her speech revolving around the paradigm of ‘learning, unlearning and re-learning’, she brought in the fact that she learns most from her children.

The world is moving from Text to Photos to Videos to Virtual / Augmented Reality and we have people who may not know to read / write, but they can use the phone! Their communication has become ‘Visual’. She also touched upon another paradigm:

A choice a lot us have to make is the Power of the And vs the Tyranny of the Or! Insightful! @kirthigareddy #INK2015 pic.twitter.com/t2mUA5iCl4

And with that Lakshmi closed the session. And she touched upon the importance to be emotionally engaged because the world always guides us to say ‘Do things!’.

But we were not done yet. Kanniks Kannikeswaran introduced us to singing. And a very different kind of singing where all of us became singers! With Dharavi Rocks joining the party it wasn’t just Dharavi Rocks. The entire lot of musicians who were part of INK 2015 got on stage and it was ONE BIG PARTY!

Here’s what Krian Khalap – one of the INK mentors had to say about the performance.

Fitting finale to the most youthful conference on earth! Children in chorus performing shlokas in Bhairav #INK2015 pic.twitter.com/n0ML08KbJb

Kanniks had this to say about the finale:

When a group of people start singing, chant together, the air in the environment changes!

INK 2015 came to an end. But what came to an end is JUST the conference. What will never end is the learning that we carry from these two and a half days.

The list of speakers who shared their stories, experiences and their learning was overwhelming to say the least.

This magic would be repeated next year in Goa. Till then…