I am a proud and powerful lesbian

Activist Robin Chaurasiya left home at 16 to join the US Air Force, and was kicked out the day they learnt that she was a lesbian. Robin joined the fight to repeal the US army’s “Don’t Ask, Don’t Tell” policy, and now continues to fight everyday for equal opportunity with her NGO Kranti. At INK2013, she challenges our notions and asks — “Are we really ready for equality?” 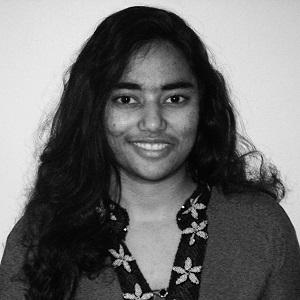 While serving in the US military, Robin had a bone to pick with her big bosses: along with several other activists, she campaigned against the ‘Don’t Ask, Don’t Tell’ policy, which forbade lesbians, gay and transgender people from serving openly. Herself a lesbian and survivor of abuse, Robin’s interest in girls’ and women’s issues led her to work with NGOs around the world for 10 years before starting her own NGO in Mumbai to challenge the status quo. Kranti empowers girls from Mumbai’s red-light areas to turn round the ‘victim’ status and become agents of social change. Website: kranti-india.org