In their distinctive style, Asima — a vocal and percussion ensemble from Kerala captivates with a soulful arrangement of the Kabir bhajan as sung by the legendary Pundit Kumar Ghandharva. 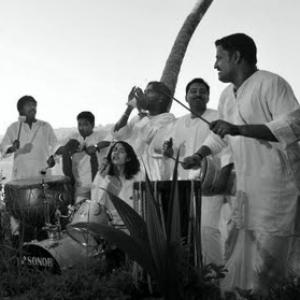