Screenwriter Gazal Dhaliwal is on a mission to tell the story of misunderstood characters – like herself. Born with Gender Dysphoria, Dhaliwal underwent a gender reassignment surgery in 2007. In this heartfelt talk, she shows us how stories can change hearts and save lives. 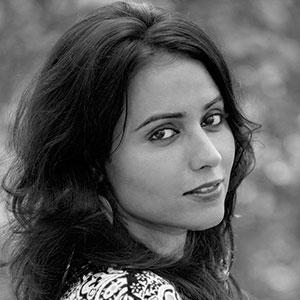 Gazal did a B.Tech in Chemical Engineering from NIT, Jaipur, and went on to work as a software engineer with Infosys Technologies for 2 years, before she decided to pursue one of the two biggest dreams of her life. She moved to Mumbai in 2005 to work in the movies. Today, she writes films for some remarkable people in the Hindi film industry, namely Vidhu Vinod Chopra, Govind Nihalani, Prakash Jha and Tanuja Chandra. In 2007, she took another life changing decision. She went through a medical process to fix a disorder she was born with. Her journey to being who she is, has been two-fold - the external path to find a place for herself in the daunting business of the movies... and the internal path of combat with her own identity and destiny.