Sound of the Hindustani clarinet

At INK2012, musician and INK Fellow Shankar Tucker mesmerizes with his soulful clarinet — a Western instrument he modified to play his distinctive Hindustani style. Trained in Western classical music but drawn to the sounds of India, Shankar travelled to the subcontinent to study under the legendary Hariprasad Chaurasia, and is now finding viral success in the industry as a composer. 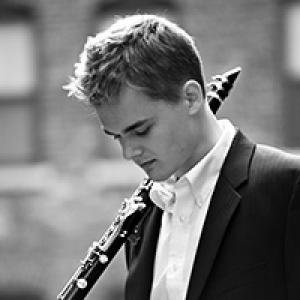 Shankar Tucker is an American-born clarinetist and composer who creates music that explores contemporary and traditional Indian sounds. He collaborates with other musicians to represent new generation Indian artists - bringing their music to an internationally and culturally diverse audience, both on- and offline. WEBSITE: shankartucker.com