Snapshots of war and the water crisis

While following a company of US marines on their hunt for Bin Laden, photographer Balazs Gardi witnessed huge drinking water supplies being blown up to keep them from enemy hands. Haunted by questions about our relationship to water, Gardi began an expedition around the world documenting the true sources of conflict — what does the water crisis look like on the ground? 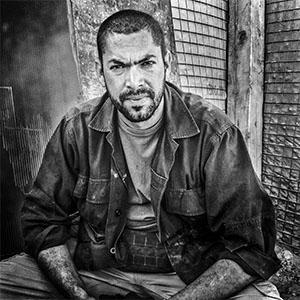 Hungary-born Balazs is a leader in the practice and theory of photojournalism, with a vision to reshape modern media practice for the 21st century. His multi award-winning work includes in-depth coverage of the Afghan war - much after media attention had turned to Iraq - and initial photography of daredevil Felix Baumgartner during his jump to earth from the stratosphere. His project 'Facing Water Crisis' is an independent worldwide expedition exploring the far-reaching consequences of water scarcity. The latter has evolved into Azdarya, an online documentary magazine solely dedicated to water, which he recently launched with his wife. WEBSITE: balazsgardi.com ; azdarya.com Photo credit: Ssgt Jeremy Colson