Seduced by the film industry

In this fun, candid interview with Lakshmi Pratury, film critic and journalist extraordinaire Anupama Chopra opens up about her life and work. 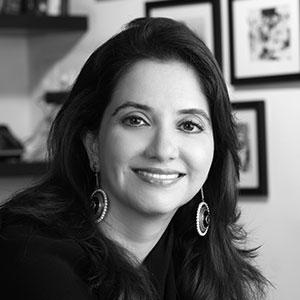 Anupama Chopra is a film critic and book author. She has written about the Hindi film industry since 1993. Film Companion, a YouTube channel, is her latest love letter to the movies. She is the film critic for Hindustan Times and NDTV 24/7 and a contributing editor to Vogue (India). She has anchored ‘The Front Row’ on Star World and 'Star Verdict' on Star Plus. Anupama also presented and scripted a weekly film review show called Picture This on NDTV 24/7. Her work has been published extensively in India Today, India's largest English language magazine. She has also written about Bollywood for various international publications such as The New York Times, The Los Angeles Times, Variety and Sight & Sound.