Sarvesh’s only purpose in life was to get into trouble. In this talk, he takes us through his journey from troublemaker, to finding what was happiness for him. Through Zorba, he channels his energy to bring yoga to the youth in a way they want to access it. 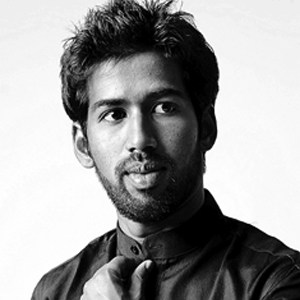 CEO AND CO FOUNDER OF ZORBA- YOGA, MINDFULNESS AND BEYOND

The 26-year old Sarvesh founded Zorba along with his Guruji, India's Happiest Chain of Yoga studios in 2013 when he was just 21 years of age. An ardent cricket fan,he was Vice Captain of the Tamil Nadu cricket junior team and has subsequently had the privilege to travel with the Rajasthan Royals and Kochi Tuskers for 3 years as an official net bowler to the teams. Even though cricket was his first love he had realized that yoga was more than just an hour’s practice, it was a way of life, and thus, the journey of Zorba began. Zorba thrives on the principle of using yoga, mindfulness and beyond as the tool with which to empower people to lead happier and healthier lives. Despite preconceived notions that yoga is largely for the elderly and is best suited to only improve flexibility, Sarvesh wanted to capture the 500+ million people in India under the age of 30 years, with a mission to make yoga - which is the unification of mind, body, and spirit - appealing and enjoyable to all giving birth to the 25 interesting forms of yoga that forms the core of Zorba’s program. Connecting seven billion breaths is Zorba's ultimate goal. Currently, zorba is spread across 75+ studios in 38+ cities in India with an extremely exciting global expansion plan. A charismatic speaker with an entrepreneurial spirit, Sarvesh has shared his story and revelations at conferences like the INK conference, TEDx, UN's Youth Change Makers Conclave and has been featured by CNBC Young Turks, Bloomberg TV, Forbes, BTVi and various other channels and publications. Sarvesh was named India's Youngest CEO in the Health and Wellness Sector by Bloomberg and was named by Better Homes & Gardens as one of the Top 10 people in India to watch out for