Through an anecdote, KP Mohanan narrates his entry (with his wife) to linguistics through Prof Ken Hale. They concentrate their efforts in helping the young think like mathematicians, scientists, philosophers – content knowledge is just a bi-product. 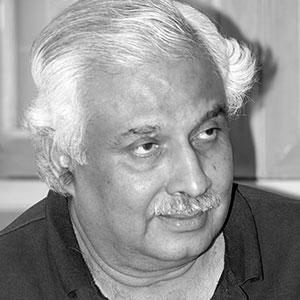 K. P. Mohanan received his Ph. D in linguistics from MIT, Cambridge, USA in 1982. After teaching at the University of Texas at Austin, MIT, Stanford University, and the National University of Singapore (NUS), he joined the Indian Institute of Science Education and Research (IISER), Pune, India in January 2011. He has made significant contributions to linguistic theory in the areas of phonology, syntax, and morphology. His academic interests go beyond linguistics to include scientific inquiry and the nature of academic knowledge, and rational inquiry in general, against the broader backdrop of human beliefs. He is also an ardent spokesperson for radical educational reform, and spearheaded a number of educational initiatives at NUS. Drawing on his experience as a researcher and educationist, as well as his thinking on academic knowledge and inquiry, his current preoccupation is to develop systems and resource materials that go beyond the traditional aims of underastanding and application of knowledge. As the founding member of ThinQ, a team of educators committed to promoting inquiry and integration in primary, secondary, and tertiary education, his mission is to help institutions set up and conduct courses on Inquiry-and-Integration, with the hope of helping learners understand the evidence and arguments for/against “knowledge” claims; develop the capacity for critical thinking and the ability to inquire; and develop an integrated understanding of the concepts of knowledge and inquiry