Arun Kumar is at home in many worlds — the practical, the theoretical, the poetic. Here he reads poems from his anthology, Plain Truths, exploring the unusual in the usual and the familiar in the unfamiliar, in settings that range from his native Kerala to his home in California. 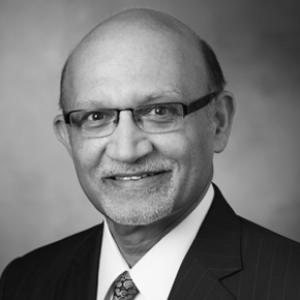 Arun Kumar was nominated, on October 4, 2013, by President Obama to the position of Assistant Secretary of Global Markets and Director General of the US and Foreign Commercial Service. He had just retired in September, from KPMG LLP where he served on the Board of Directors. As a senior partner based in Silicon Valley, he had led Management Consulting for the firm in the Western region. He also founded and led KPMG’s US-India Practice. Over the years, he has been a mentor and advisor to a number of new ventures in Silicon Valley and India. Prior to his almost two decades with KPMG, he had been co-founder and CFO or CEO of three entrepreneurial ventures in Silicon Valley. Arun started his career in India as a member of TAS, the Tata Administrative Service. Arun has served on the Board of Directors of the US India Business Council and TiE Silicon Valley and on advisory councils at Stanford University, University of California, Santa Cruz, Asian School of Business, Trivandrum and other institutions. Arun is the author of a book of poetry, Plain Truths, published by Current Books, 2010. He is also co-editor of Kerala’s Economy: Crouching Tiger, Sacred Cows, published by DC Books, 2006. Arun received his master’s in management from the Sloan School of Management, Massachusetts Institute of Technology and a bachelor’s degree in physics from the University of Kerala, India. Arun and his wife Poornima, a biologist, have lived in California for 31 years, where there home has been a veritable salon, hosting writers, artists and leaders from the worlds of business, academia and politics. “All that matters is to make a difference.”