Pictures to save our biodiversity

Drawing on his fascination for Rudyard Kipling’s work during his childhood, science photographer and researcher Prasenjeet Yadav talks about how he bridges the gap between scientists and non-scientists using photography as a method of storytelling. 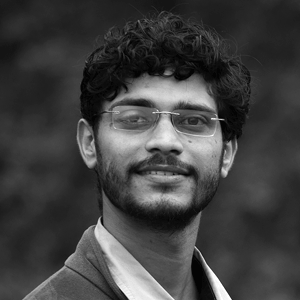 Prasenjeet Yadav is a molecular ecologist turned photographer and a National Geographic Explorer. Prasenjeet holds a masters degree in molecular biology for several years at National Centre for Biological Sciences in Bangalore, India. Early in his scientific career, he realized that his real passion lay in storytelling. He now combines his experience in research with his photography skills to popularize ecological and conservation sciences in the wider society. Prasenjeet is one of the very few photpgraphers who integrates sciences deeply into his photo stories. He chooses ignored subjects, landscapes and species and find ways to develop engaging and accessible photos. For every story, he collaborates with researchers, managers, policymakers as well as conservationists. Along with the larger stories, he also produces stories that are directed at specific audiences who have the power to create lasting change. His previous projects helped bring light on sensitive issues such as climate change and its effects to high elevation Himalaya and effects of windmills on the surrounding ecosystems raising questions about how green is our green energy. He is a Founder for "Shoot for Science" which is an initiative to train scientists in science communication. Under his explorer's project, he produced a story on the evolution of species in the Shola Skyislands of the Western Ghats which was published and exhibited at Telluride, Banff, NCBS etc. He is represented by National Geographic Creative and is currently in Western Ghats and North East India. Prasenjeet's luggage is currently based in Bangalore, India and he is constantly on the move