MIT Media Lab’s Kshitij Marwah demos an ingenious new innovation in camera technology that enables users to re-focus images after taking the picture. 3D Instagram-like filters give you this creative control right from your smartphone. 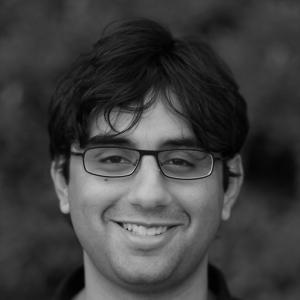 Kshitij heads the MIT Media Lab India Initiative. His vision is to create a movement in India to spread the culture of anti-disciplinary learning, hands-on building and creation amongst the youth. To spread this change, he his leading the Design Innovation workshop series and this year founded the Media Lab DIy workshops to bring different communities including technologists, designers, artists, health professionals onto one platform to innovate and create future entrepreneurs and leaders . He has done his MS at the MIT Media Lab at the cross of photography and technology creating a low cost filter, FOCII to convert any camera into a 3D capture device. His research has been featured on the MIT home page, Forbes, CNET and Economic Times. Prior to joining the MIT Media Lab, he was a researcher at Stanford University and Harvard Medical School, designing next generation predictive interfaces for biologists and doctors. He did his undergraduate studies at IIT Delhi and has worked previously at Google and IBM. WEBSITE: kshitijmarwah.com