Millions die and an equal number of people get infected with deadly infections like HIV because of reuse of syringes. Watch Marc Koska as he shows us this devastating global problem with facts, photos and hidden-camera footage. His solution: a low-cost syringe that can’t be used twice. 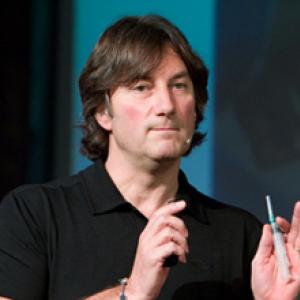 The alarm bells first rang back in 1984 for Marc when he read a newspaper article predicting the spread of HIV through re-using medical syringes. Appalled at the prospect of such an avoidable catastrophe, Marc decided to do something about it. Some 26 years later his solution the K1, an Auto Disable (AD) syringe, not only physically prevents re-use, but can be manufactured inexpensively, by using existing machinery and is now under license to 14 global manufacturers. Conservative estimates credit Marc with more than five million lives saved and 10 million diseases prevented. In 2006, after realizing that simply manufacturing a safe product was not enough, he identified a gap in the market between producing a product that would save lives and a lack of knowledge of the benefits such a product can bring. He established The SafePoint Trust, a UK based not-for-profit, that produces hard-hitting, public information films. Marc now spends all his time working with SafePoint lobbying for legislation change at government level, spreading public awareness and ensuring adequate healthcare worker training is in force to complete the changeover to a safe healthcare system. WEBSITE: www.marckoska.com, www.safepointtrust.org