Growing up to be innovative

MIT Media Lab’s John Werner reflects on his upbringing as a curious and adventurous kid, and how that manifested in his career. Watch as Werner shares the interesting consequence of the interconnected corridors at MIT, and the unique hands-on learning approach at Citizen Schools. 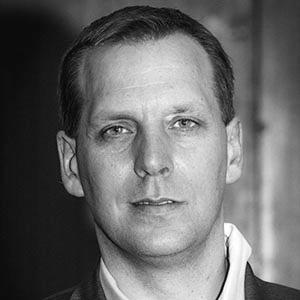 John Werner is the Project Innovator for the Camera Culture Group at MIT Media Lab. He is helping to create new imaging platforms, developing hardware and software technologies for augmenting (super human) human vision. He is bringing young people from around the world together to use rapid prototyping to solve some of real-world problems, working on large scale online learning, and building a community to disseminate technology for human vision and visual computing. By disseminating technology to prevent blindness, he is enabling the visually challenged, and bringing eye care to developing countries. His aim is to foster entrepreneurship, to take ideas into the real world for impact, connecting industry with the untapped knowledge of the geniuses of the Media Lab. John was one of the founding members of Citizen Schools where he helped take it from a concept paper in 1995 into a thriving national educational program that is now in 8 states across the United States. John received Harvard University’s Loeb Fellowship. John's recognition ranges from BostonInno’s “50 on Fire” in 2013, to being named one of Boston’s Ten Outstanding Young Leaders in 2006. In his spare time, John loves racing triathlons an All-American (he qualified and raced in the 70.3 Ironman World Championships four times and USTA Sprint World Championships representing USA), photography, commuting by bicycle 365 days a year, and spending time with his wife Erika Alvarez Werner and their three children. WEBSITE: johnwernerphotography.com “All that matters is dreaming the impossible”