From Carnatic to Hindustani

At INK2013, Vandana Srinivasan mesmerizes with her melodious voice as she takes us on a musical journey from a Bharathiyar’s Carnatic composition, to a Tamil film song, to Nitin Sawhney’s soulful composition “Nadia” in the Hindustani style. 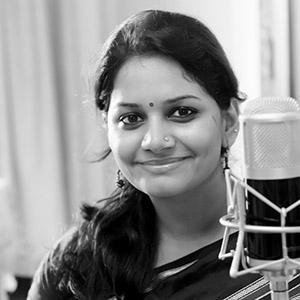 Vandana Srinivasan is a Playback Singer, Independent Musician and Live Performer based in Madras. Currently in her fourth year in the Film Industry, she has several noteworthy songs with reputed composers in Tamil as well as releases in Telugu and Kannada. She has toured the world with multiple performances in Australia, Canada, Singapore, Dubai; the most special one being at the London Olympics 2012 where she showcased Indian music along with her band Staccato. At the moment, she is actively collaborating with various musicians and hopes to release her album very soon