Finding my way back to health

As an entrepreneur Vishal Gondal built India’s largest gaming company, but lost his health along the way. At INK2014, Gondal shares how he hacked his way back to fitness. 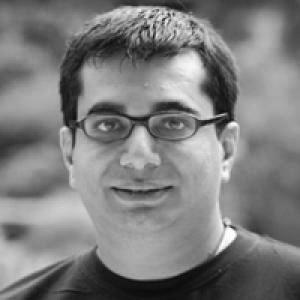 While most kids were grappling with the realities of growing up, Vishal took a head start and started his first company – FACT, soon after finishing school at the ripe young age of 16. In 1999, he founded Indiagames, then a five member team and today a global operation with over 300 employees and offices in Mumbai, Beijing, London and Los Angeles making Indiagames one of the leading mobile game companies globally. He is recognized as being instrumental in starting and growing the Gaming Industry in India. He sold Indiagames to Disney and headed the Digital business for Walt Disney in India before starting his new venture GOQii Inc. that integrates wearable technology with personalized coaching. He was part of The Nokia Advisory Council for Games and actively advises Nokia on wireless and gaming technologies and is a much sought after speaker at gaming and wireless technology conferences. Indiagames under Vishal’s leadership was featured amongst Red Herring Asia’s Top 100 companies in 2005. His other achievements and industry recognitions include being featured among the top 40 Indian entrepreneurs by Business Today magazine in 2001, an E&Y Indian Entrepreneur of the year award nomination in 2004, and most recently being listed among the top 50 executives in the mobile content space by the UK based Mobile Entertainment Magazine. This list featured the likes of Steve Jobs of Apple. Vishal also featured among the 20 Fab Indians to watch out for in 2006 by The Week magazine. He is also a very active angel investor and a marathon runner