How do mutations in genes cause diseases? Why is “junk” DNA important? How will clinical genomics help take us into the next era of decision medicine? Geneticist Venkatesh Byrappa gives a detailed talk on DNA, the “blueprint” of life. He relates the purpose of how and why the Human Genome Project got started and draws insightful parallels between the genome of a human and that of a pufferfish to illustrate how different genes can be identified and sequenced. 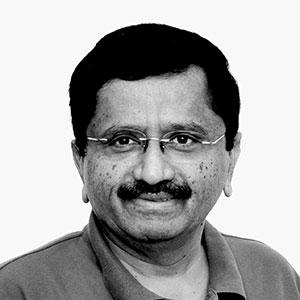 Prof. Venkatesh is a Research Director at IMCB, and an adjunct Professor in the Department of Paediatrics, National University of Singapore. His research areas include comparative genomics and genetic diseases. His group uses comparative genomics approach to better understand the structure, function and evolution of the human genome. More recently, Prof. Venkatesh has been using the next-generation sequencing platform to study DNA variations underlying rare human genetic diseases with the objective of understanding the biology of such diseases better, potentially leading to novel therapeutic targets. Prof. Venkatesh obtained his PhD from the National University of Singapore. He subsequently pursued post-doctoral studies in the laboratory of Nobel Laureate Dr Sydney Brenner at the Medical Research Council (MRC), Cambridge, UK and returned to Singapore in 1992 to set up the Comparative Genomics Laboratory at the Institute of Molecular and Cell Biology (IMCB). In 2004, Prof. Venkatesh was awarded Singapore’s prestigious "National Science Award" (now the President Science Award) for his work on comparative genomics. He is an elected member of the Human Genome Organization, a chairperson of the 'Genome 10K' - an international project which aims to catalogue genomes of 10,000 vertebrates, a Distinguished Visiting Scientist at the Centre for Human Genetics, Bangalore, India, and a Senior Advisor to China National Genebank, BGI, Shenzhen, China.