India’s rising stand-up comedy star Kenneth Sebastian lightens up the day at INK2014 with an improvised song with lyrics contributed by the audience. 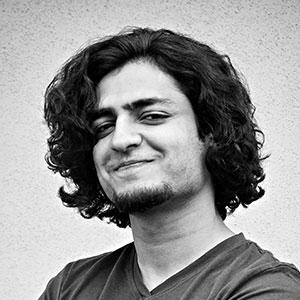 Born and raised across different cities in India, Kenneth Sebastian is a musician, filmmaker and one of India’s most popular stand-up comedians. Having performed all over the country with comics such as Vir Das, Phil Nichol (UK), Scott Capurro (UK), Raj Sharma (US, HBO), Imran Yusuf (UK), Tanmay Bhat and many more, today Kenneth has done over 300 solo shows, is soon releasing a solo stand-up special, and working on hosting a TV show on Comedy Central. He also regularly performs at The Canvas Laugh Club and The Comedy Store and is actively involved with Bangalore based comedy group ‘The Polished Bottoms.’ Earlier this year, he started an improvisational comedy ensemble ‘The Improvisers,' which is one of the highest rated improve groups in the country and now plans to take over the world by spreading laughter