At INK2013, Sunil Khandbahale shares with us his fascinating journey from being unable to understand English as a young student, to creating a series of digital dictionaries to empower people just like him — a tool now being used by over 100 million users in 150 countries. 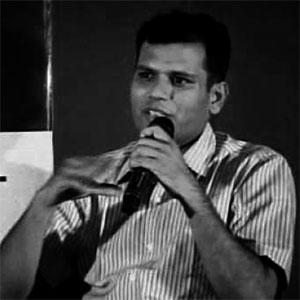 Sunil’s goal is to help Indians bridge the ‘language’ and ‘digital’ divides, due to the dominance of English on the internet and in technical published texts. He has developed digital dictionaries for mobile phones and computers with a repository of 9.6 million audio and textual words in 16 domains, like Legal, Agriculture and Pharmacy, in 22 different Indian languages. Educated in Marathi-medium in a village near Nashik, Sunil believes the root of the rural inferiority complex is the linguistic divide, due to which many abandon their education. He hopes to reverse this with his free platform