As pioneers of online collaboration, this musical duo spins a new kind of magic. Nirali and Kartik from Maati Baani narrate their approach to working with street musicians and established artists across the globe to combine classical Indian sounds with—well, everything! The two then perform their most popular single, Boondan Boondan, graced by traditional percussion and woodwind accompaniment. 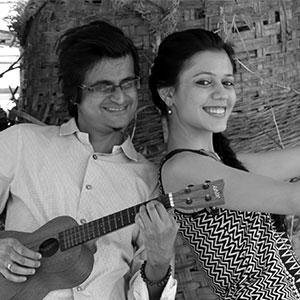 Literally translated as “Language of the Earth”, Maati Baani is the musical pairing of composer/producer/guitarist Kartik Shah and vocalist/composer Nirali Kartik. Teaming up with other musicians, the twosome places Indian classical music within the different sounds, cultures, languages, and voices of the world. Not only is the result original, but the method of collaboration is as well: it’s all done completely online. The duo’s new video-album series, made with a “no rules, no boundaries” approach, features 70 artists across 20 countries