We all know that parasites are insidious, but the photographic ingenuity of Anand Varma reveals the dark magic that these cunning creatures spin. Causing a sex change in a crab? Forcing a frog to sprout extra legs? Tricking a hostage to serve as loyal bodyguard? Listen as Anand, an INK Fellow and National Geographic contributor, explains the stories behind his spellbinding images and videos and challenges us to change the way we perceive the natural world. 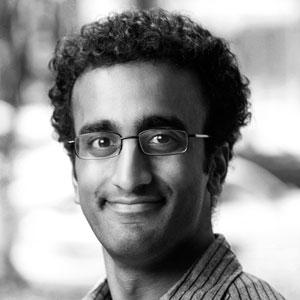 Anand Varma's photos tell the story behind the science of everything from primate behavior and hummingbird biomechanics to amphibian disease and forest ecology. He started photographing natural history subjects while studying biology at the University of California, Berkeley. He spent several years assisting other photographers before receiving a National Geographic Young Explorer grant to document the wetlands of Patagonia. Varma has since become a regular contributor to National Geographic. His feature stories include "Mindsuckers" about mind-controlling parasites and "Quest for a Superbee" about the science behind honeybee declines