At 19, I think I can change the world

As a teenager, Param Jaggi moved his lab to his bedroom and invented a device that sucks up Carbon Dioxide emissions from automobile exhausts. Jaggi echoes Steve Jobs’ philosophy that people who are crazy enough to think they can change the world are the ones who do. With his startup Ecoviate, Jaggi intends to also empower kids to realize their ideas, build prototypes, and create the change they want to see. 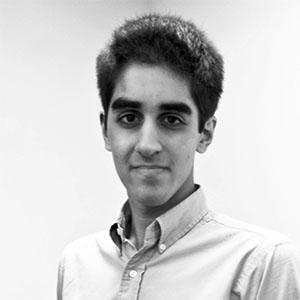 Param is the 19-year-old founder & CEO of Ecoviate, a research and development company focusing on disposable green-technologies. Since the age of 13, he has innovated bio-fuel preparation, designed highly effective bioreactors, created a device that mitigates motor vehicle emissions (currently patented), and many more. Param was named to the 2012 & 2013 Forbes ‘30 Under 30: Energy’ list for his work in green-technologies. Aside from being a Junior at Vanderbilt University, studying Mechanical Engineering & Economics, Param has consulted as a research associate and even a rocket scientist. WEBSITE: ecoviate.com