Techno artiste Alexander Tsiaras shares his unorthodox path charting his story from a Macedonian goat herder to a multidimensional algorithmic programmer. He shows by example that you are only limited by your imagination. 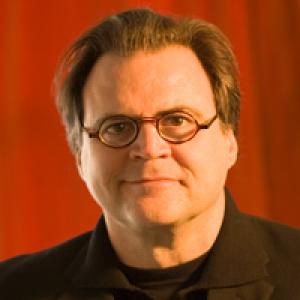 Alexander is a renowned technologist, artist, journalist and author. As an artist and technologist, he has participated in developing scientific visualization software to enable him to “paint” the anatomy using volume data. Alexander taught himself mathematics and physics and developed his own lenses, including one for a microscope that was used to photograph the first images of human eggs in an in vitro fertilization program. The images resulting from this became cover stories for Life Magazine. UNTOLD STORY At the age of 19, Alexander returned to his parents’ village and spent a year herding 2,000 goats from the Macedonia Albanian boarders down to his mother’s village near the base of Mount Olympus, where he remained to produce his first book, Death Rituals of Rural Greece. Later, he also trained for the Olympics in the 400 meter intending to run until the boycotts of the Moscow Olympics. NEWEST ENDEAVORS Alexander has started a new website called TheVisualMD.com where he is using real scanned data and his skills as an artist, story teller and technologist to tell visual stories of the marvels of how the human body is designed, when things go wrong and compellingly explain pathways back to health. WORKS Death Rituals of Rural Greece; From Conception to Birth; Architecture and Design of Man and Woman; Guide to Lifeblood; Guide to Sexual Health; Guide to a Healthy Heart; Body Voyage WEBSITE TheVisualMD.com