In this multi-act performance, cyber illusionist Marco Tempest uses augmented reality—along with his copious creativity and talent—to bring a high-tech twist to a magic show. You’ll never look at a deck of cards the same way again! Between acts, Marco reflects on the striking similarity between yesterday’s magic and today’s technological realities, and thus asserts that magicians “prototype the future”. This video, recorded at INK Asia in Singapore, will enchant the young and the young at heart. 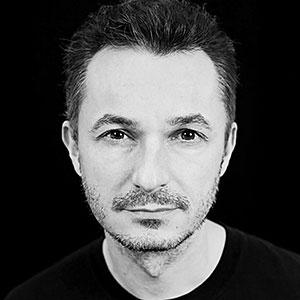 Marco Tempest is a cyber illusionist, combining magic and technology to produce astonishing illusions. He began his performing career as a stage magician and manipulator, winning many awards and establishing an international reputation as one of the world¹s most unique performers. His interest in computer generated imagery led him to incorporating video and digital technology in his work and the development of a new form of contemporary illusion. The expansion of the internet and social media provided more opportunities for digital illusions and ways of interacting with audiences and creating magically augmented realities. Marco is a keen advocate of the open source community, working with artists, writers and technologists to create new experiences and research the practical uses of the technology of illusion. Marco continues to perform around the world, is a media consultant on the subject of magic and illusion and lectures at international conferences on the psychology of deception and creative thinking. Marco is a Directors Fellow at the MIT Media Lab