A brainwave headset that helps you meditate

Neurotechnologist Rohan Dixit envisions a future where millions would be able to experience meditation aided by technology. Dixit has built an ingenious tool that turns brainwaves into musical notes, and plays back a calm melody that guides you into a state of mindfulness. 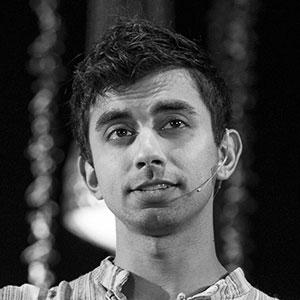 Trained in classical neuroimaging at the Harvard-MIT-MGH Martinos Center and Stanford Medical center, Rohan started a company called BrainBot which helps people be more mindful through biology. His work is based on his first-hand research with sadhus and monks in the Himalayas, where he recorded their brainwaves and heartbeat patterns during meditation. This culminated in a forthcoming consumer wearable device for increased calm and emotional self-awareness