Policy maker Aaron Maniam puts forth an eloquent talk on his deep love for poetry and how he intertwines it with his passion for public policy. 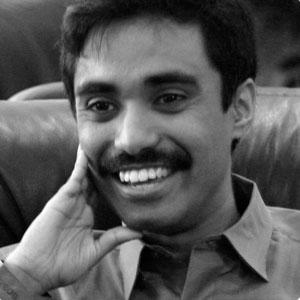 Ministry of Trade and Industry (Singapore)

Aaron Maniam is currently Director (Industry) at Singapore’s Ministry of Trade and Industry, responsible for coordinating economic policies and regulating the manufacturing, services and tourism sectors, as well overseeing long-term economic transformation. He joined the Singapore government in 2004, serving on the North America Desk of the Foreign Service (2004-2006) and at Singapore’s Embassy in Washington DC (2006-2008), where he was the principal coordinator for Congressional liaison and issues relating to the Middle East. He was posted to the Strategic Policy Office (SPO) at the Public Service Division in 2008, where he worked on scenario planning and analysis of long-term trends relevant to Singapore. He was appointed the first Head of the Singapore Government’s newly-formed Centre for Strategic Futures (CSF) in January 2010, while retaining his SPO portfolio. In July 2011, Aaron was appointed Director of the Institute of Policy Development at the Civil Service College (CSC), which organizes leadership training programmes for public sector talent (the top 1% of the public sector workforce). In 2012, he started the CSC Applied Simulation Training (CAST) Laboratory, an experiment to apply principles of “serious play” to training public officers to deal with complex environments. He led efforts to develop the College’s curriculum on complexity science, and convened the College’s multi-sector interest groups on Complexity and Governance. He received his education at Somerville College, Oxford, where he graduated with double First Class Honours in Philosophy, Politics and Economics (PPE), was a Coombs Scholar and held the Mary Somerville prize for academic excellence. He was President of the Oxford Economics Society in 2000. In 2002, he received a Master of Arts degree in International and Development Economics from Yale University. He received a Master of Public Policy (with Distinction) from Oxford’s new Blavatnik School of Government (BSG) in 2014, which he attended on a Lee Kuan Yew Postgraduate Scholarship from the Singapore government. In January 2011, Aaron was one of eight young leaders named an “Outstanding Young Singaporean” by the Orchid Jayceettes of Singapore. In June 2012, he was conferred the Singapore Youth Award, the highest national honour for young people who exemplify excellence in their professional lives and community work, by the Prime Minister. He was identified by the World Economic Forum as a Young Global Leader in January 2013