In this engaging talk, digital visionary Kevin Kelly suggests that technology is not just a jumble of metal and wires but a living and evolving organism. Using vivid examples, he projects where technology is headed. 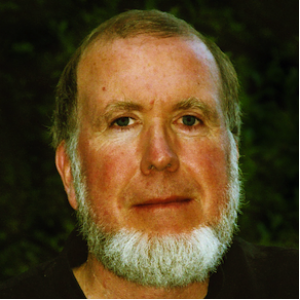 Kevin Kelly is Senior Maverick at Wired magazine. He helped launch Wired in 1993, and served as its Executive Editor for its first seven years. From 1984 to 1990, Kelly was publisher and Editor of the Whole Earth Review, a journal of unorthodox technical news. He co-founded the ongoing Hackers Conference, and was involved with the launch of the WELL, a pioneering online service started in 1985. He is also a charter board member of the Long Now Foundation, which is building a monumental clock to tick for 10,000 years. He is currently Editor and Publisher of the popular websites Cool Tools and The Quantified Self. His newest book What Technology Wants was released in October, 2010. UNTOLD STORY: Kevin's first job as a kid was at the local library. It was the only job he should have been fired for; instead of working he would hide in the stacks reading old magazines. BOOKS: What Technology Wants, Out of Control, New Rules for the New Economy