In this candid conversation with Lakshmi Pratury, actor Ayushmann Khurrana shares his journey from being an underdog to a successful Bollywood star. In this honest talk, Ayushmann reiterates that failure can be a powerful lesson that teaches courage and perseverance. Watch this talk to also see Ayushmann performing the popular Bollywood hit “Pani Da Rang”! 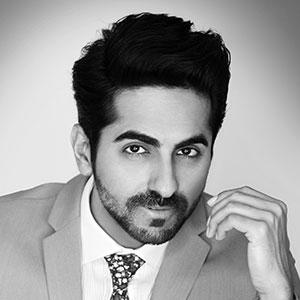 Ayushmann Khurrana is an Indian film actor and singer, who started his career as a television anchor. He deftly manoeuvred his way further in the entertainment industry by establishing himself as a TV host, and as luck would have it, he landed the lead role in Shoojit Sircar's Vicky Donor and therein went onto making his Bollywood debut in 2012.The film not only won rave reviews, but also established him as a bankable actor. The 'Paani da rang' song that he sung in Vicky Donor added another feather in his cap. His debut film won Ayushmann awards galore, not just for his acting, but his singing talent as well. Ayushmann followed this up with a string of films where his performances were appreciated, and was celebrated for truly being someone who choose the unfollowed path when it comes to the kind of characters he chose to potray in the films he’s done so far. His performance in his last film, Dum Laga Ke Haisha, not only won him rave reviews, the film went on to become a huge success at the box office not only in India, but internationally as well. Ayushmann's book, 'Cracking The Code,' has been appreciated by industry insiders and his fans as well. His career is going from strength to strength, and there are some major announcements that will happen soon, including a peppy single titled, 'Yahin hoon main.' There's a lot in store from Ayushmann for his fans across the world!