Listen to Amitabh Kant (CEO of NITI Aayog), Navtej Sarna (Indian Ambassador to the US) and R. Madhavan (Actor) – gamechangers from three different worlds – come together and talk about how India can mine into its great repository of resources, create innovators to solve problems and emerge winners at the intersection of entrepreneurship, policy and technology 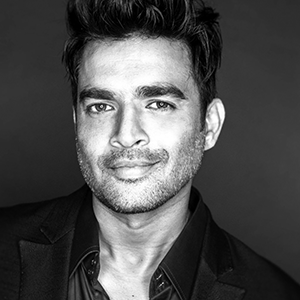 R. Madhavan is an Indian actor, writer and film producer. He has received three Filmfare Awards and an award from the Tamil Nadu State Film Awards along with recognition and nominations from other organisations. He has been described as one of the few actors in India who is able to achieve pan-Indian appeal, having appeared in films from seven different languages. After appearing in commercials and in small roles, he later gained recognition in the Tamil film industry through Mani Ratnam's successful romantic film Alaipayuthey (2000). He worked with Mani Ratnam again in the critically acclaimed 2002 film Kannathil Muthamittal playing the father of an adopted girl. His other hits include, Rang De Basanti (2006), Guru (2007), 3 Idiots (2009), Tanu Weds Manu (2011), Vettai (2012), Tanu Weds Manu Returns (2015), Irudhi Suttru and Saala Khadoos (2016), Vikram Vedha (2017). He has received many awards including Filmfare, IIFA, SIIMA, ITFA, etc., for his outstanding roles as a Best Actor in a lead role as well as supporting roles too. He supports several social initiatives including animal welfare and the Chennai-based Charity, The Banyan. He also has a strong interest in addressing gender issues including women and girl child. 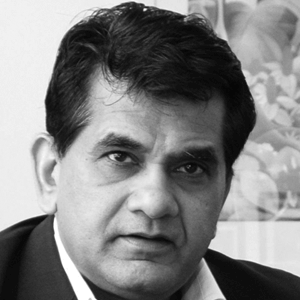 The National Institution for Transforming India (NITI), is a Government of India initiative that aims to catalyze India’s developmental process; creating an enabling environment through partnerships, think tanks and information sharing through cooperative federalism. Amitabh is a member of the Indian Administrative Service and is the author of “Branding India – An Incredible Story” and has been a key driver of the famous “Make in India”, “Startup India”, “Incredible India” and “God’s Own Country” campaigns that aim to position India as a leading manufacturing and tourism hub. These initiatives have garnered significant interest and acclaim internationally and have produced developments in infrastructure, boosted manufacturing and lead to key public-private partnerships in the country.