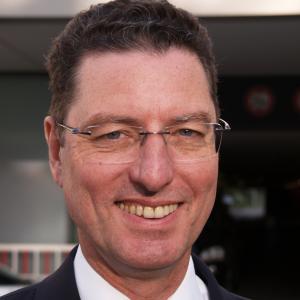 Wolfgang Lehmacher develops and supports businesses and institutions globally. He is a member of the Advisory Board of Aidha, the world’s micro-business school, Singapore, and a Member of the Board of Governors, Universal Business School, India�s first green business school.

From 1999-2010, he was with the French Groupe La Poste, and was President and Chief Executive Officer of the GeoPost Intercontinental, the international expansion and network vehicle, and a Member of the Board of GeoPost, the express parcel holding of Groupe La Poste.

Wolfgang has been involved in major initiatives in the Courier Express Parcel (CEP) industry. Such developments include the setting up of GD Express Worldwide, the consortium of TNT and five major postal organisations (German, French, Dutch, Swedish and Canadian), in Germany, the management of the Express Mail Service (EMS) Joint Venture between Deutsche Post and TNT Express Worldwide, the development of TNT Express Worldwide in the Eastern European and Eastern Mediterranean regions, the expansion of the express parcel business of La Poste in Europe, the integration of the European parcel network DPD into the Group�s business, and the global express parcel expansion of La Poste through strategic investments combined with entrepreneurial partnerships, resulting in taking positions in key markets worldwide, including China, India, Korea and South Africa, the United Arab Emirates and the United States of America, as well as establishing and managing the Group�s global express parcel network.

PERSONAL JOURNEY
Having built the foundations of skills and competencies upon my roots in Germany and Western Europe, my journey has taken me in the mid-1990s to the emerging economies and later to the global market, with a bias towards the fast growing large countries. Along the way, I have become more and more a global citizen, enjoying living and working in various countries on different continents. The international experience has resulted into an enquiring mind towards social and economic challenges and solutions in the cultural environment encountered.