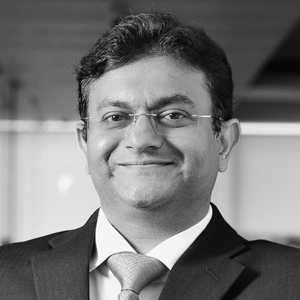 A digital marketing veteran with a two-decade experience, Vivek Bhargava is the CEO of DAN Performance Group. Vivek founded Communicate 2 in 1997, and then led iProspect Communicate 2 as Founder and MD (after Communicate 2  joined hands with iProspect from the Dentsu Aegis Network (DAN) in 2012). At the end of 2015, the company was rebranded as iProspect India, with Vivek as the CEO.

He is the Co-Chair at SEMPO APAC and on the advisory board of industry bodies like ad:tech, DMAi and DMTI, and is on the board of Young Presidents Organization Mumbai. Named one of the top 50 digital icons of India, he has spoken at several global events and been an investor in the reality television show, The Vault.

A national level table tennis player, he is also the proud owner of team Shazé Challengers in the Ultimate Tennis Table league, the country’s first-ever professional table tennis league jointly sponsored by Shazé and iProspect India. He is also an avid chess player and an amateur paragliding pilot.