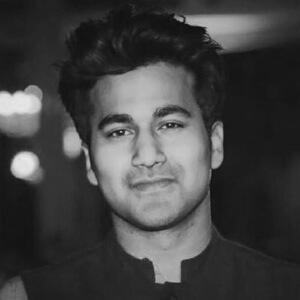 Utkarsh Amitabh works at Microsoft and is the Founder of Network Capital, a global peer mentoring and career navigation platform with over 50,000 mentors active in 104 countries. He is passionate about using technology to match talent and opportunities, and was part of the team that built India’s first smart village which is now recognized in the Prime Minister’s book of pioneering innovations.

Utkarsh is a World Economic Forum Global Shaper who represented the community both at Davos and Dalian. He has an MBA from INSEAD where he was recognized  as the Andy Burgess Scholar. He is a TEDx speaker, Penn Social Impact House Fellow, Raisina Young Fellow and the Torchbearer of Ashoka University’s Young India Fellowship. Utkarsh has a weekly column with Mint, one of India’s largest business newspapers, and his articles have been published by the World Economic Forum, Indian Express, The Economic Times, Times of India and Scroll. Utkarsh is also a trained actor and played “Major Metcalf” in the world’s longest running play.