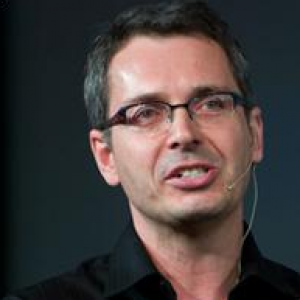 Tom Wujec is a pioneer in business visualization, the emerging practice of using images, sketches and data-driven infographics to help teams solve complex problems. Tom�s work has been featured in many international conferences, such as TED, Pop!Tech and the Fortune Innovation Summit. Tom is also the author of three books on creative thinking and is a highly sought after international speaker, delivering visually rich innovation keynotes, workshops and knowledge maps. He has brought several software applications to market, including Autodesk SketchBook Pro, PortfolioWall, and Maya which won an Academy Award for its contribution to the film industry. Tom has worked as a creative director, writer and animator, has designed dozens of museum exhibits, and lives in Toronto with his wife and two children.