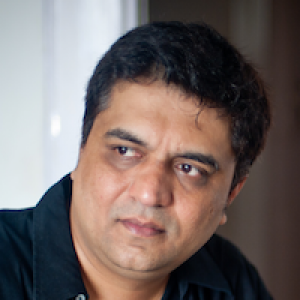 Swanand Kirkire has many strings to his bow, he is a writer, song-writer, actor, playwright and director in the Hindi film industry. Graduating from the National School of Drama in 1996 he soon moved into the world of television, and then, in 2003, progressed to film, making his debut as a lyricist & singer with Hazaaron Khwaishen Aisi.

Swanand has since won two National Film Awards for the lyrics of Lage Raho Munna Bhai in 2007 and again in 2009 for 3 Idiots.

When Swanand was in eleventh grade, students were asked to write an essay on their heroes. Whilst everybody else wrote about Mahatma Gandhi and Subhas Chandra Bose, Swanand wrote about actor Om Puri. He achieved full marks!