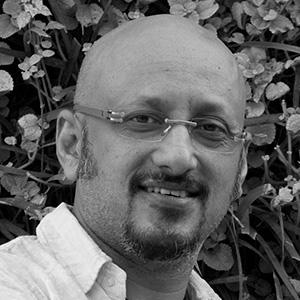 Folk music is rapidly disappearing from mainstream music, but never fear! Shantanu Moitra is a man on a mission to save folk musical traditions. Shantanu is a renowned Indian music composer and restorationist. With a father as an accomplished sarod player and his mother as a talented artist, creativity naturally runs through his veins. He has worked on many landmark Bollywood films, including “Parineeta”, “3 Idiots”, and “Madras Cafe”.

In 2014, he received the National Film Award for Best Music Direction (Background Score) for Na Bangaaru Talli. With his compositions and exploration of lost musical traditions, Shantanu constantly contributes to what he strongly believes is the best way to “see” a country — by experiencing its music