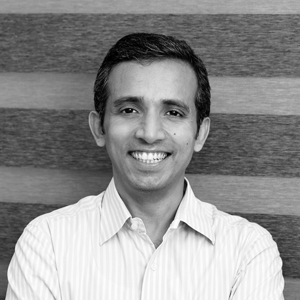 Sandith is the chief naval architect and Founder of NavAlt Solar and Electric Boats that aims to make water transport more efficient. His team has built India’s first solar ferry, a 75 pax boat efficient, powered by the sun with no fuel on board. Sandith has completed MU graduation in Naval architecture from IIT Madras in 1999. After working in Gujarat and leading shipyards in South Korea, he completed MBA from INSEAD, France.

After that, it was time to start Navgathi, a venture aimed at designing and building better boats and ships. In 2013, along with two French co-founders, NavAlt was born to build solar and electric boats with focus on the Asian market. After proving their technology in passenger ferry sector, the next step was to develop hybrid solution to extend speed and range thereby offer better solution in other markets like RORO ferries, cargo vessels and fishing boats.