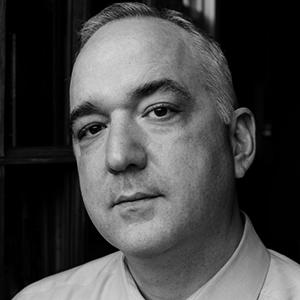 Roger Fisk has had a key “behind the scenes role” in President Obama’s organization since then-Senator Obama announced his run for president in February 2007. He has seen from the beginning the development of cutting-edge organizing strategies, the application of agile on-line organizing tools, and a truly innovative, thoroughly modern mobilization of social media. With 6 months of service on the President’s successful 2012 re-election, Roger has worked with all of those tools as they were perfected in the second campaign.

Since the historic 2012 re-election, Roger helped design and manage the social media contingency plans for the 2013 Presidential Inauguration and in late January 2013 watched as his former boss and mentor John Kerry became Secretary of State.

Roger started working for the first Obama campaign in 2007. He was hired by the Obama Team as the National Director of Special Events in what would become a history making Finance Department. Here he helped create and manage a nationwide grass-roots fundraising team that revolutionized modern political fundraising, while building the largest donor base in American history. He also served as principal liaison with US Secret Service and local law enforcement, and was directly responsible for coordinating and managing the media’s coverage of over 150 events across the country. He was in charge of some key Obama media appearances, including; 60 Minutes, The Daily Show, Good Morning America, Saturday Night Live, and the historic Race Speech in Philadelphia in March 2008.

Following President Obama’s first campaign Roger served as Cabinet Liaison for the 2009 Inauguration then became a political appointee in the Obama Administration. His appointment in the Commerce Department required him to coordinate diplomatic and trade missions for the Cabinet and President, serving as Lead US Government Coordinator on trade missions through India and four trips through China, and coordinating the Cabinet’s role in both the 2009 COP-15 Global Conference on Climate Change in Copenhagen and the 2010 World Expo in Shanghai. He was also tapped to serve as President Obama’s Site Lead at the 2011 G8 Summit in Deauville, France.

In the Spring of 2012 Roger joined President Obama’s re-election team, leading teams as a White House Lead Advance in critical states like Virginia, Iowa and Ohio, all of which the President won handily. He managed all aspects of a Presidential visit or event, including the harmonization of all promotion and social media outreach before the event to management of all logistical details, from Secret Service concerns to the critical data collection that would give the campaign the ultimate edge on Election Day. He then served on the Contingency Planning and Operations team for the 2013 Presidential Inauguration.

Roger’s career is built on the foundation of his work for then US Senator John Kerry, who as of January 2013 is now serving as the United States Secretary of State. He served the Senator as his Senior Aide for Communication and Policy. He advised Senator Kerry on a wide-range of politically sensitive issues and worked in more than 14 states in the Kerry Presidential campaign, helping to build a billion dollar enterprise from its very first days to its last.

He is an award-winning guitarist and singer, having recorded classical records as a child, toured the US in pop bands, as well as having the rare opportunity to perform the ANC anthem in Zulu for Nelson Mandela. He participated in National Geographic’s “Civil Warriors,” a documentary about the American Civil War, has published articles on politics and travel, and has lectured on political organizing and social media in Malaysia, Switzerland, Indonesia, Qatar and Dubai.

These experiences provide Roger with a deep understanding of 21st century Presidential politics and the global landscape they both impact and reflect. He has keynoted the 2012 Public Relations World Congress in Dubai, the 2013 Festival of Media in Singapore, the 2013 Corporate Affairs Summit in Sydney and the 2013 International Chamber of Commerce’s World Congress in Qatar. Roger has been quoted or referenced in the New York Times, Reuters, Dubai’s The Nation, Associated Press, Boston Globe, Billboard Magazine and numerous blogs and is currently working on “America Was My Office,” a book which shares the stories and lessons of travelling America throughout three presidential campaigns.