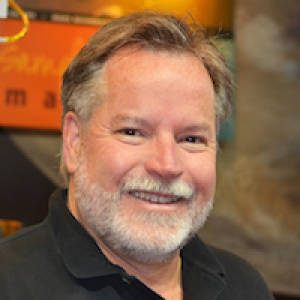 Rob Manning is the Chief Engineer for the Mars Science Laboratory (MSL) Project that successfully landed Curiosity Rover on Mars on August 5, 2012. Rob was responsible for ensuring that the design, the test program and the team working together would result in a mission that would work.

An Engineering Fellow at JPL, Rob has been designing, testing and operating spacecraft for 32 years.  In the 1990’s, Rob was the Mars Pathfinder Chief Engineer where he led the Entry Descent and Landing (EDL) team.

After successfully landing and operating the first airbag lander and rover on another planet, he co-conspired the idea to modify the Pathfinder and Sojourner Rover designs to become the Mars Exploration Rovers (MER), Spirit and Opportunity.  On MER he led the system engineering and EDL teams.

After MER he became the Mars Program Chief Engineer where he helped plan and integrate the various Mars missions like Phoenix and Mars Reconnaissance Orbiter as well as plan for MSL and beyond.

As a result of his luck at JPL, Rob has received two NASA medals and is in the Aviation Week Magazine Space Laureate Hall of Fame in the Smithsonian Air and Space Museum. In 2004, SpaceNews magazine named Rob as one of 100 people who made a difference in civil, commercial and military space since 1989.