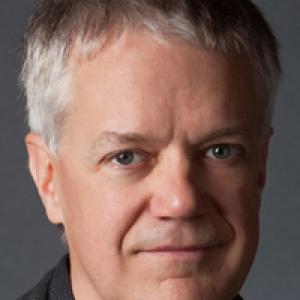 Rob Cook was the co-architect and primary author of Pixar’s RenderMan software, which creates photo-realistic computer images. In 2001, he and two colleagues received Oscars for their contributions, the first ever given for software.

In the last 17 years, every film that has won a Visual Effects Oscar has used RenderMan. Rob has a Bachelors degree in physics from Duke University and a Masters degree in Computer Graphics from Cornell University. At Cornell, he worked on simulating realistic surfaces, taking computer-generated images beyond the distinctive plastic look they had at the time. In 1981, he joined Lucasfilm/Pixar, where he developed the first programmable shader; programmable shading is now an essential part of GPUs and game engines as well as high-end renderers. He was the first to use Monte Carlo techniques in computer graphics, which was essential for simulation of complex, realistic lights and camera effects. The latter proved particularly important in the special effects industry, because it allowed computer-generated imagery to match the motion blur and depth of field of the live-action footage with which it was combined. In 1987, he received the ACM SIGGRAPH Computer Graphics Achievement Award in recognition of these contributions, and in 2009, he received the ACM SIGGRAPH Stephen A. Coons Award for his lifetime contributions to the field. In 1999, he was inducted as a Fellow of the Association for Computing Machinery. He has been named to the Academy of Motion Picture Arts and Sciences and to the National Academy of Engineering.

PERSONAL JOURNEY
I grew up in rural east Tennessee, and my family didn�t have the resources or interest to do much traveling. So it wasn�t until my twenties that I took my first trip overseas. That experience got me hooked on travel and adventure. I became enthralled with other cultures and peoples, and the excitement of traveling has stayed with me ever since.